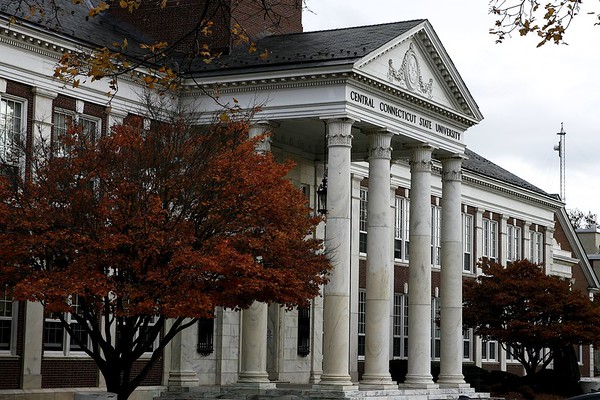 Connecticut has launched a pilot education program in Bristol that puts college students in public schools to help ease the state's teacher shortage during the coronavirus pandemic and increase diversity in the classroom.

The NextGen Educators program is a partnership between the state Department of Education and Central Connecticut State University, which this week placed 18 of its education students in Bristol's elementary schools to work as apprentice teachers.

Officials said the program is recruiting CCSU students from diverse backgrounds, in an effort to give schoolchildren of color role models who look like them and increase the number of educators of color in the state by about 1,000. That would be an increase from 8.3% in 2015-16 to 10% by next year.

Officials said the program will give aspiring educators a head start on their careers with real-world experience and schools some staffing flexibility while they deal with COVID-19 outbreaks.

The NextGen educators will be mentored by “master” teachers and have other resources available to them. They will be able to work with students in classrooms, even if the regular teacher is quarantined or out sick, officials said.

"If we can start rolling out these apprentice teachers soon, what a difference that makes in terms of our ability to keep the classrooms open,” Gov. Ned Lamont said.

The students will be paid at substitute teacher rates, but because it is viewed as a “clinical placement” program, they don't have to be certified as teachers to participate, officials said.

The state has already lined up three additional school districts to participate should the pilot program be expanded.

The program launched as Lamont announced that his administration would be setting up a website for what he dubbed the “Connecticut Health Corps,” which would allow college students coming home for winter break to be placed in temporary jobs, including at schools as apprentice teachers.

“We know for a short period of time, we're going to have college students back in Connecticut or back in their communities, and many of them may be looking for something to do in the field of study that they are interested in,” he said. “So, if they want to become an educator or a social worker or a psychologist, they are going to have an opportunity to work in the schools.”