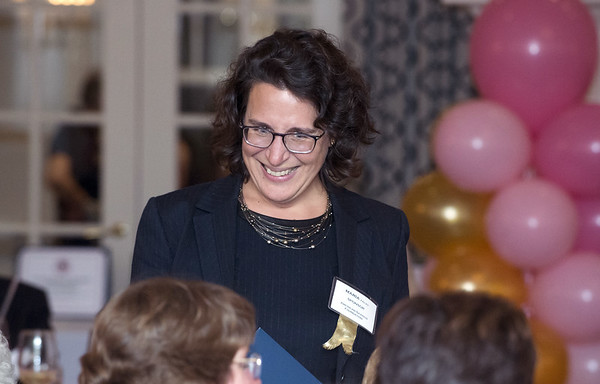 The American Savings Foundation was announced publicly in downtown New Britain on Jan. 8, 1996.

“Today’s event is unfortunately very different, but we are so grateful that we can still all gather to mark this special occasion,” Foundation Chairman Charles J. Boulier III said. “In its first year the American Savings Foundation awarded grants and scholarships totaling nearly $63,000. Now after 25 years the foundation has awarded a cumulative total of $64 million. This includes grants to over 300 different charitable organizations and agencies across 64 Connecticut towns that we serve and college and four year scholarships to more than 2,500 deserving young adults.”

“I’m so impressed with what you’ve done in 25 years,” said Senator Richard Blumenthal, who tapped in live for the virtual event. “The contributions that you’ve made are really beyond the description of the few words that I have here. I am very hopeful that the first 25 years will be followed by a lot more.”

Mayor Erin Stewart was also live for the virtual event and read an official proclamation to ASF from the city giving a little history of where they are today in partnership with New Britain.

“The foundation has also contributed $21 million toward education which has helped fully fund New Britain’s middle school afterschool programs for the past 15 years. Additionally, the foundation has been able to award over $13.4 million through the Robert T. Kenney Scholarship program which has helped 2,582 students gain access to higher education from 378 different colleges and universities,” Stewart said.

“The foundation has played an amazing part here in the city of Waterbury and we’re so thankful,” Waterbury Mayor Neil O’Leary said. “It has given many students the chance to believe in themselves and make them realize that anything is possible with hard work and perseverance. Thank you all for making a difference in our community. New Britain, Waterbury and so many other urban communities like ours, if we could just give these students a little boost, a little push it makes all the difference in the world in their self-confidence, self-esteem and not just for themselves, but many of these students are first generation college students and think about the impact that will have on their families moving forward.”

During the celebration video messages from ASF’s nonprofit partners sharing a little information about what they do in the community, like Mariah Rosado, site supervisor of New Britain Parks and Recreation’s Exercise the Right Choice program, was shared.

“In the past 25 years, the foundation has awarded $1.7 million just to programs that prevent hunger in our community. We wanted to highlight some of those numbers as cumulative impact, but more importantly we wanted to tell the stories behind those numbers,” President & CEO Maria A. Falvo said. “Over the coming months we will be releasing spotlights talking about the people and organizations that make our community strong posting on our social media and website. The stories will also highlight some of the Robert T Kenney scholars who we’ve gotten to know over the years, in fact our 25th anniversary logo will be designed by one of those past scholars who is now a professional designer.”

There were also video messages shared from students and community leaders.