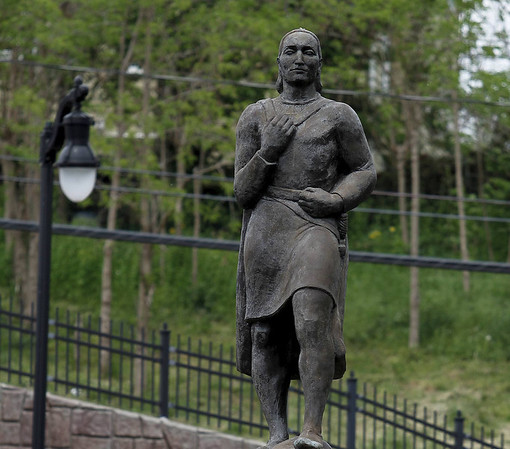 NEW BRITAIN – Returning to its first meeting of the year Wednesday, the Common Council will be tackling two prominent issues, a resolution of the Christopher Columbus statue and an appointment for a vacant council seat.

Discussions on the Christopher Columbus statue at McCabe Park is returning to council after Mayor Erin Stewart vetoed a resolution that would have resulted in the immediate removal of the statue. The resolution for removal was passed by the Common Council in December by a vote of 10-4. This action came after nearly six months of city discussions, community protests and long hours of public participation. The issue has been a contentious point between the city and community members, and the public is expected to call in during the meeting’s public participation, which will begin prior to the meeting at 7 p.m.

A call of support for Veronica DeLandro to fill the vacant Common Council seat left by state Rep. Manny Sanchez is also back on the docket. The council held off the appointment in December after Delandro was formally nominated as a candidate, to allow for an application process. There are currently no specific names mentioned as part of the resolution.

Sanchez officially resigned from his position in December after winning his campaign to represent State House District 24, which is comprised of New Britain and the southwestern-most neighborhoods of Newington. He was serving his fifth term on New Britain’s Common Council.

Along with Council Democrats and the New Britain Democratic Party, Sanchez endorsed DeLandro as his replacement and formally nominated her in December. She spoke before the council then, stating she has worked closely with a lot of municipalities and their leaders while serving as then Congresswoman-elect Jahana Hayes’ district director in 2018.

She also ran for common council in 2017 and lost to an incumbent. Her experience working as an active community volunteer and leader is wide-ranging, including serving as the commissioner for New Britain’s Youth and Family Services under Mayor Tim Stewart, serving on the Consolidated District of New Britain’s Graduation Odyssey Task Force and has been a member of the New Britain Branch of the NAACP for 10 years. She also serves on the board of the YWCA New Britain.

In a released statement, DeLandro said she is putting her name forward for the vacancy because she cares about the city and knows she can provide a unique perspective on the council. She also said the vacant seat should already be filled so that time and energy can be put into other matters impacting the residents of New Britain, rather than a political sideshow.

“No matter the outcome Wednesday, I will continue to speak up and speak out for the people of this city,” she said.