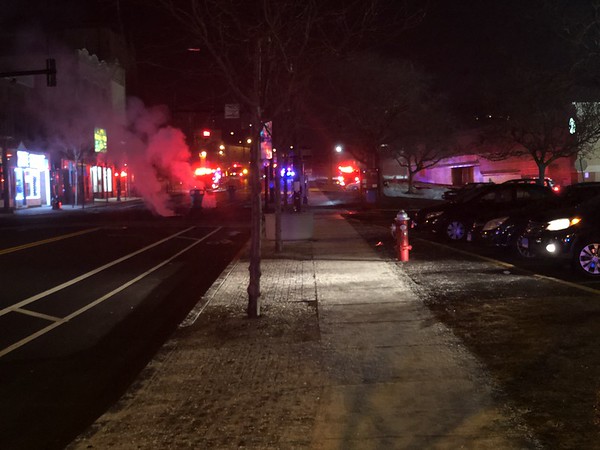 At around 8:25 p.m., the New Britain Fire Department responded to an electrical fire on the ground near Taco Bell on Lafayette and Main Street, which caused businesses in the area to be evacuated. About two dozen emergency vehicles were at the scene to clear the area.

“The underground electrical vaults, which are owned by Eversource, caught fire and vented themselves which caused the manhole covers to blow off,” Fire Chief Raul Ortiz said.

As of 9:08 p.m., Connecticut Natural Gas and Eversource were at the scene to contain the fire and to de-energize it.

“The fire department can’t do anything with the fire until they de-energize it so that’s what we’re waiting for right now,” Ortiz said.

The chief added that no one was hurt and the situation had been turned over to Eversource and as of Friday morning they were still on scene repairing damages.