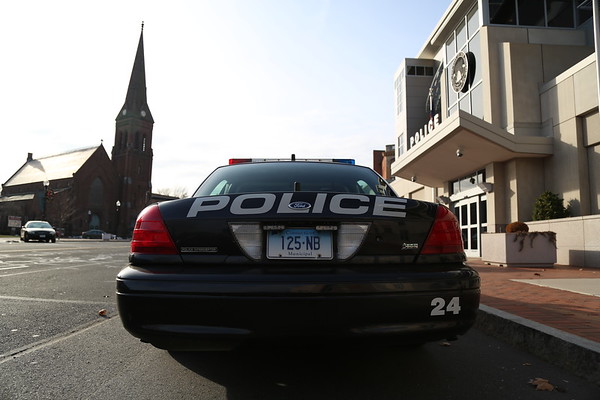 NEW BRITAIN – The attorney representing a Hartford man accused in a gunpoint robbery in New Britain said he has no idea when the expected trial for his client will take place – as the state’s judicial branch has pushed off jury trials until at least May because of covid-19.

Following Caulton’s last hearing in January, judicial records initially indicated that his case had been added to the trial list before a pretrial proceeding was scheduled for Tuesday. Following the hearing Tuesday, the matter once again appears on the trial list.

Kevin Joiner, Caulton’s attorney, said a few preliminary motions had to be filed on Tuesday, but he added the case is scheduled for trial. Joiner said he has “no idea” when a trial could happen, as the state continues to work out the logistics involved.

Individuals in the state who have jury duty scheduled between now and April 30 have been advised not to report.

Caulton is being held on $500,000 bond in the New Britain robbery case, though he does have other cases pending.

Two others had been charged in the robbery, including Nicholas Colon, 20, of Newington, who has pleaded guilty to one count of conspiracy to commit second-degree robbery (aided by another), according to judicial records.

Zachery Rodriguez, of Newington, had also been charged, but prosecutors dropped the matter at a hearing earlier this year after receiving information indicating he had died.

According to court documents, the suspects were in a Nissan vehicle when the driver pulled up behind the victim while he was parked in front of his Clark Street home on Sept. 24, 2019. The suspects were wearing masks as they approached the victim’s car on foot and one of them had what appeared to be a handgun.

The assailants began to kick and hit the victim’s car to get inside before the driver side door was opened, court papers said. The suspects punched and kicked the victim in the face and pointed a gun at him, demanding his wallet and phone, court documents continued.

The victim was able to get out of the car before running down the street and hopping on a city bus. He then called police and reported the attack. The man suffered cuts and scrapes to his face and mouth, and lost various credit and debit cards, some cash and a phone worth about $150.

Police found video footage of the incident corroborating the victim’s account of what had happened, showing the suspects leaving in the Nissan they pulled up in, according to court papers.

According to court documents, Colon waited in the car during the assault and robbery.