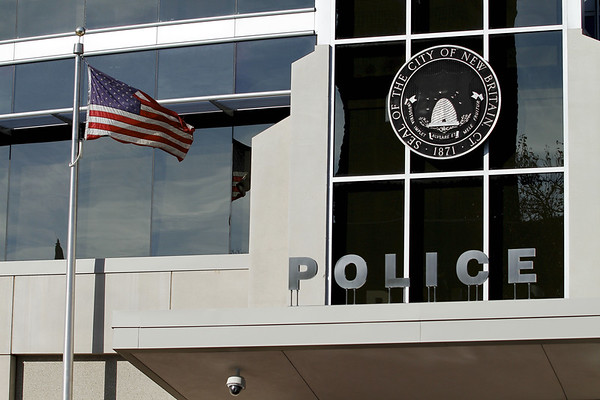 NEW BRITAIN -- A New Britain man charged with having an illegal high capacity magazine when he allegedly strangled a woman during a domestic violence incident with a young child present is expected to go to trial.

Anthony Owens, 28, of Stanley Street, appeared in New Britain Superior Court Wednesday, after which judicial records indicated his case was added to the trial list.

He faces charges of illegal possession of a large capacity magazine, illegally carrying a firearm under the influence, third-degree strangulation, risk of injury to a minor, interfering with a 911 call and disorderly conduct.

According to police, Owens was arrested on Dec. 9, 2019, after officers were called to an undisclosed location in the city on the report of a domestic violence dispute.

The victim, a woman in her 20s, told police Owens was drunk during an argument and refused to leave the room the two were in, which prompted her to pick up her 1-year-old child and go into another room, police said. He followed her to multiple rooms and at one point, the woman alleges, picked her up and off the ground with both hands on her neck, according to police.

Police said Owens initially prevented the woman from calling police with her cell phone before she was able to get away from him briefly and use another phone.

Officers found a minor scratch on the woman’s neck.

Owens, who told police he was in the Army Reserve and reports to the Army Reserve Center in West Hartford, surrendered a handgun he had in his waistband, police said. The gun was loaded with 12 rounds. Anything that holds over 10 rounds is considered a large capacity magazine in Connecticut.

Owens told police he pushed the victim, but he alleged it was in self-defense, police said.