YWCA New Britain performing 'The Musical of Musicals (The Musical)' this weekend; here's how to attend 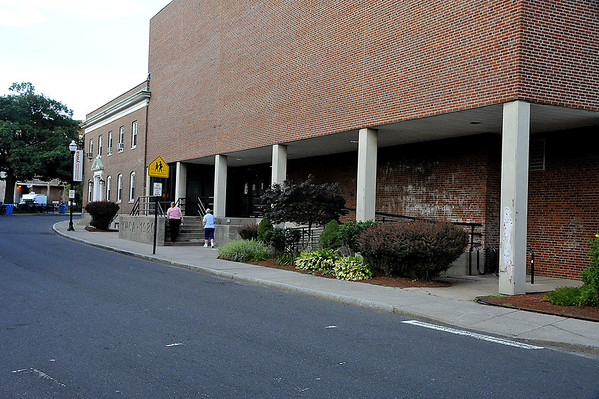 NEW BRITAIN ‚Äì The YWCA New Britain will be presenting ‚ÄúThe Musical of Musicals (the Musical)‚Äù live on-stage this weekend after nearly a year and a half without being able to do live theater.

‚ÄúIn the past our Youth Theater has presented Mary Poppins, Jr. and Little Mermaid, Jr.,‚Äù said Christine Kuzia, the performing arts and athletics director at the YWCA. ‚ÄúThis year we decided due to the pandemic and the difficulty in doing a show for youth with all the restrictions, it was the perfect time to start an adult component to our theater group.‚Äù

Guest can enjoy the show put on by the new adult theater group this Saturday and Sunday at 2 p.m. in the small gym at the YWCA located at 19 Franklin Square.

The musical is a collection of five short musicals each told in different styles: Classic Rodgers & Hammerstein, intricate style of Stephen Sondheim, the style of Jerry Herman, Andrew Lloyd-Webber and Kander & Ebb. The plot is simple and is retold in each of these styles.

‚ÄúA pretty girl can‚Äôt pay her rent and the landlord insists she pay or marry him. The young hero sweeps her off her feet and will pay the rent and the older, experienced woman gives advice and criticism,‚Äù Kuzia said. ‚ÄúThe Musical of Musicals (the Musical) delivers joke after joke as it pokes fun at the different Broadway styles. You will laugh at the ridiculousness of these crazy characters and situations.‚Äù

The nonstop whirlwind of fun, laughs and clever puns was originally conceived by Eric Rockwell and Joanne Bogart and includes a small cast.

‚ÄúSince there are only four in our cast, and everyone is fully vaccinated, it hasn‚Äôt been too bad (putting the show together),‚Äù Kuzia shared. ‚ÄúWe try to socially distance as much as possible and everyone has their own props, so we don‚Äôt have to share. But that is why we decided to do a show with a very small cast, it is easy to manage, and everyone is high school or older. It would have been difficult to do a show with a younger cast, especially since that age group is not vaccinated.‚Äù

The cast rehearsed for about six weeks, two-three times a week. The cast is made up of Margarita Cartagena, Joseph Foran, Jeanine Pray and Ethan Roy. Jason Ferrandino, the choral and musical director at NBHS, is the director and musical director and serves as director of the show and music. He will also be the evening‚Äôs accompanist and narrator. Choreography is by Christine Kuzia with Sandy Butler, who also serves as the production assistant.

‚ÄúThis show was easy to put together and didn‚Äôt require much in regard to sets and we had a blast to say the least,‚Äù Kuzia said. ‚ÄúThe cast and narrator bring their considerable musical talents to these roles along with their sense of humor in bringing these crazy characters to life in five different ways. If anything, it was just great to be back on the stage and getting a chance to do live theater again. There‚Äôs nothing like being on a stage and performing for a live audience.‚Äù

Refreshments will be available for sale at the show in the lobby.

Tickets are $10 each and seating is first come, first served. Tickets can be purchased online at ywcanbmusical.eventbrite.com or at the door.