How well do you know New Britain? Here's our Week 10 quiz 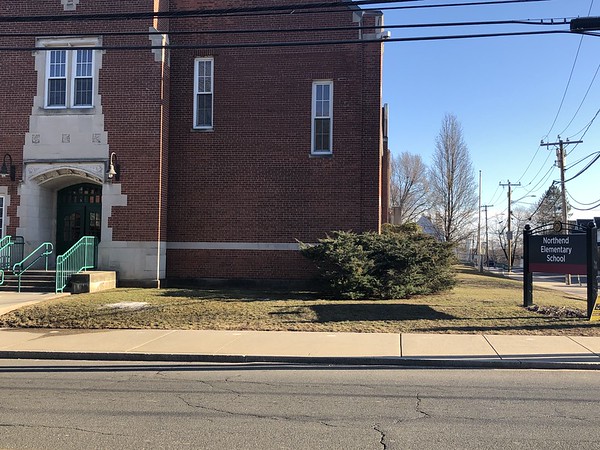 How Well Do You Know New Britain?

Our New Britain Sesquicentennial Quiz runs in the paper every Tuesday. The answer will be published the following week, along with the first several of those who correctly submit their own answers. Send to bcarroll@newbritainherald.com with subject New Britain Quiz. Questions, answers and photos provided by Harry Mazadoorian.

QUESTION WEEK 10: The Northend School is located in the South End of New Britain. How did it come to get its name?

WEEK 9 ANSWER: Arch Street Theater on Arch Street; The Strand; The Embassy; The State; The Palace (all on Main Street); and the Music Box or Rialto on Broad Street. Previously in its history, New Britain had other well-known theaters such as the Fox or Capitol Theater at 88 West Main Street in the early 1900’s. (Week 9 Question: During the 40’s and 50’s New Britain boasted at least six movie theaters in the downtown area. Can you name them?)

This question brought out more responses to any quiz question so far, with a lot of memories being shared, with all too good not to share with all of our readers”

Mikulak: “I enjoyed seeing the first-class movies each week. My mom would give my brothers and me 5 cents to see the movies at the Rialto on Saturdays, staying 3 hours so my mom could rest.”

Teti: “I was born in 1960 and saw my first 2 movies at the beautiful Strand Theater – Mary Poppins and The Incredible Mr Limpet!! What a magical experience watching that huge velvet curtain go up and reveal the screen. We lived on Arch Street so downtown was a huge part of our lives. What wonderful memories!”

Naples: “When I was a young teen, my friends and I would go to the Strand on Saturday mornings. Twenty-five cents covered the bus trip from Belvidere, movie ticket and popcorn. My parents liked the Arch St. Theater because they gave out dishware (one piece per ticket) to patrons. They managed to acquire a complete set, some pieces of which are still in the family.”

Olesak: “Saw my first movie with my uncle Mike T. (Western) at the Music Box. Purchased a 'gigantic' bag of popcorn ($.10) at Grants prior to the movie. Stopped at Capital Lunch after the movie for a bottle of soda ($.05) and two hot dogs 'to go' with the 'works' ($.15 each). I was an usher at the Palace Theater.”

Abraham: “The Arch Street Theater had matinees every Saturday with double features and cartoons. Most of us school children attended every Saturday with our friends. We also received free dishes and bowls made of beautiful pottery which I still have. My sister and I saw some of the most beautiful movies at the Strand including "Gone With The Wind" and “Ben Hur.” Who could forget the exciting chariot race in Ben Hur?”

Martinook: “Biggest was the Strand. Kids in 50s would go for double features. Outside, flanking the ticket booth, was the Strand Lunch. The Meligonis' chili dogs were far better than Capitol Lunch. To left of ticket booth was Federal Bakery – oh the smell! At Strand saw opening of very 1st Bond-Dr. No.”

Menditto: “I will add that my grandfather's family business was contracted in 1964 to demolish the lobby of the Embassy. I retained one of the original ornate lit wall poster box frames and pieces of the grand stairway made of imported travertine marble.”