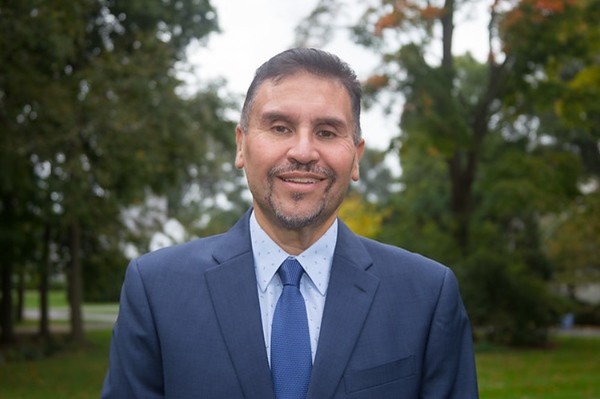 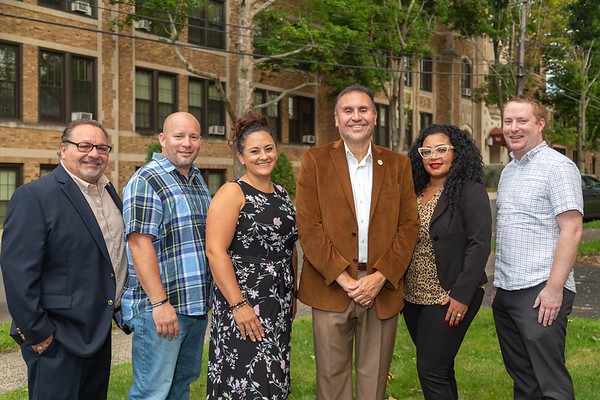 Rob Sanchez and the rest of the Democratic team that won their primary on Tuesday, Sept. 14. Buy this photo

“I’m ready to go full steam ahead for the November election,” Sanchez said inside Democratic headquarters after securing the win.

The New Britain native and former Board of Education member had kind words for his primary opponent.

“Alicia [Hernandez Strong] ran a really strong campaign and I hope I can maneuver her supporters,” he said. “I’m open-minded and I like to have all the stakeholders at the table.”

Sanchez will now take on Mayor Erin Stewart, the incumbent Republican running for a fifth term in the city’s Nov. 2 election. He has served in Connecticut’s House of Representatives for the last decade and was chairman of the Education Committee.

Strong, co-founder of New Britain’s Racial Justice Coalition and a recent graduate of Yale University’s Masters program, had hoped to inspire a desire for bold change among Democrats.

Democratic registrar of voters Lucian Pawlak said the Primary's turnout of eligible democrats was less than 15%.

Erica Drzewiecki can be reached at edrzewiecki@centralctcommunications.com