Walnut Hill Jazz Series at NBMAA to feature The Daniel Bennett Group; here's how to attend 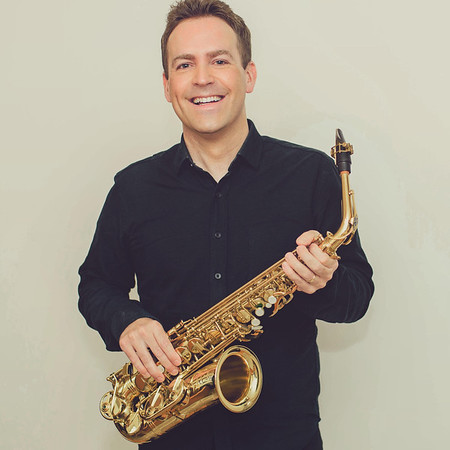 NEW BRITAIN ‚Äì As a part of the New Britain Museum of American Art‚Äôs Walnut Hill Jazz Series, The Daniel Bennett Group will be playing a special album release concert this Wednesday.

The museum is celebrating a return to in-person programming and The Daniel Bennett Group will help that objective with a live performance based on songs from its new album ‚ÄúNew York Nerve‚Äù at 6:30 p.m.

‚ÄúIt‚Äôs going to be mostly brand-new material,‚Äù said Daniel Bennett, band leader. ‚ÄúWe‚Äôve been traveling this summer and early fall. We just got back from San Francisco and Chicago and we‚Äôve been working on new material on the road and developing songs from the record.‚Äù

Bennett will be playing the flute and clarinet. He is joined by renowned bassist Kevin Hailey and Koko Bermejo on drums and keyboard.

‚ÄúThe music shifts from modern Jazz, fusion, a little mix of American folk music, and some experimental classical elements,‚Äù Bennett said. ‚ÄúWe all have a lot of different backgrounds; we all switch instruments a lot so I might go from flute to clarinet to saxophone. Koko playing the drums and keyboard at the same is really incredible in and of itself. To watch him do this that‚Äôs really his thing; he‚Äôs a one-man music machine. And even Kevin on the bass, he has all his pedals out there so he can make the bass sound, he has the chorus effect and all sorts of cool effects on his bass.‚Äù

Bennett, a New York saxophonist, has led the group since 2004.

‚ÄúI just finished grad school in Boston and I kind of teamed up with these folk musicians which was kind of unusual for a Jazz musician (for a saxophonist) to be playing with a banjo and acoustic guitar but I‚Äôve always loved American folk music, folk rock, so that‚Äôs always been a part of me,‚Äù Bennett said ‚ÄúAnd I‚Äôve always wanted to play my saxophone almost like a folk instrument with more of a focus on the melody, so that was my vision early on.‚Äù

The group has toured and traveled and now released nine albums.

‚ÄúThe instrumentation and tone have changed over the years, but the mission of the group is still the same: to utilize a lot of different styles and hopefully resonate with people through the melodies that‚Äôs my focus,‚Äù Bennett said.

Bennett‚Äôs theatrical works have strongly influenced his eclectic sound and musical storytelling abilities as the leader of the band.

‚ÄúWe try to make a lot of sound being that there are only three of us and really fill up the sound and give a musical story to the music,‚Äù he said.

The Daniel Bennett Group supposed to play at the museum last March, but it was canceled due to the pandemic.

‚ÄúI know the museum is really excited to be launching the program again,‚Äù Bennett said. ‚ÄúThey‚Äôre finally back in the building and having events so we‚Äôre really excited. It should be really fun and it‚Äôs always different.‚Äù

The Walnut Hill Jazz Series is presented in partnership with the Hartford Jazz Society. Seating is first come, first served. Museum members have access to a pre-concert meet the artist event. Tickets may be purchased in advance to ensure entry.

NBMAA is located at 56 Lexington St, New Britain. For more information or to register for the event visit nbmaa.org or call 860-229-0257.