Families have a blast at Chesley Park Easter Egg Hunt 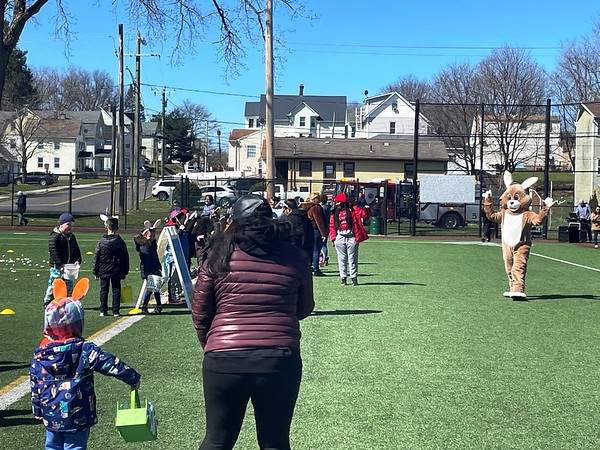 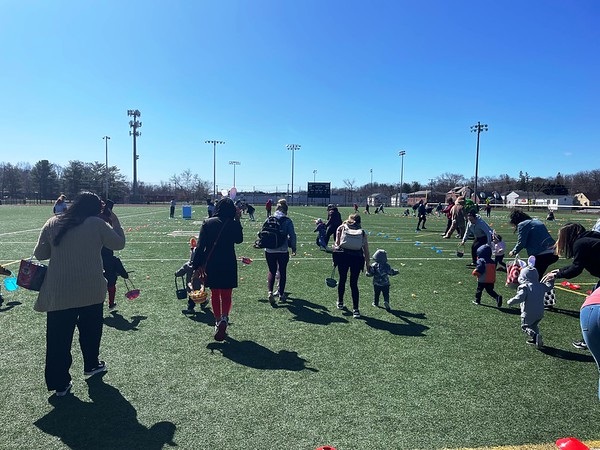 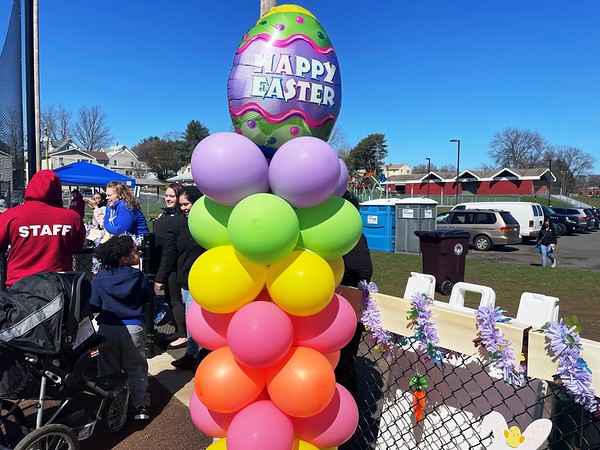 NEW BRITAIN – It was the Easter egg hunt to top all others.

A windy Saturday morning blew the candy-filled plastic eggs around the turf field at Chesley Park, so by the time kids made a run for it, they found them in all sorts of places.

But before that a DJ played upbeat tunes, blasting them across the field, and summoned everyone to dance the cha-cha slide.

In order to minimize the risk of injury or collision among kids big and little, each of the age groups had their own area to hunt for eggs.

There was a countdown from five before all of them ran out onto the field to retrieve as many eggs as they could fit in their baskets.

Each area contained one golden egg that rewarded its finder with a special prize basket as well.

“This is the second year we’ve come,” said Fabiola Rodriguez, whose daughter Gabriela Balderrama, four, was hesitant to dance along with the other kids at the beginning, clutching her Easter basket quietly.

“She’s a little shy but she was excited to come to get the eggs,” Rodriguez said. “It’s very nice they have this for the kids. The Mayor is doing such a great job for the community.”

A special surprise guest came to both.

Sirens rang through the air as a New Britain Fire truck pulled up and the Easter Bunny popped his head out, waving to the crowd.

The bunny jumped out of the truck and ran onto the field to greet families. There were squeals from small voices at the sight.

Three-year-old Jayceonie Soler waited anxiously at the edge of the turf for the countdown to begin.

“This is the first time we’ve come to this one,” her mom Amber Saavedra said. “We do an egg hunt on Easter as well. My friends get together and everybody cooks and then we do an egg hunt for the kids.”

Ryan and Lauren Dombrowski walked down to the event with their five-month-old son, Richard.

“We live in the neighborhood,” Ryan said.

Richard’s older cousins all participated in the competition as he watched in amazement, cuddled in his mother’s arms.

“This is our first year here,” Lauren pointed out. “It’s very well-organized.”