$10 million high-speed, fiber internet network in New Britain should be ready by end of next summer 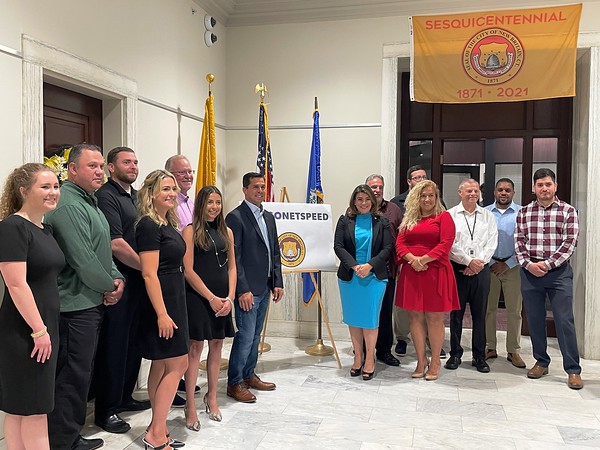 NEW BRITAIN – A $10 million high-speed, fiber internet network connecting residents and infrastructure citywide will be operational by the end of next summer, if all goes as planned.

“The City of New Britain is bridging the digital divide with GoNetspeed,” Stewart said, announcing the largest fiber optic public-private project to take place in the state, coming at no cost to taxpayers in New Britain.

The city is using about $5 million in American Rescue Plan Act (ARPA) funds to pay for this project, alongside contributions from GoNetspeed and other grants.

The scope of work includes about 150 miles of fiber installation throughout New Britain, wiring at least 100 city buildings and intersections with internet service.

Residents will have the opportunity to take advantage of GoNetspeed wireless plans starting at $40 per month. Additionally, eligible households can sign up to receive access to free internet service through the Federal Affordable Connectivity Program (ACP).

Securing this partnership was a bipartisan effort by city officials, according to the mayor.

“Everybody recognizes the need in the community and the positive impact this will have on everyone,” she said. “This really hits all the marks on how we can effectively utilize the funding available to us to have a maximum impact.”

When school and work moved into the home setting during the pandemic, residents were strained by network overload, compromised internet access and slow speeds.

“God forbid we have to go back to online learning again, this is a game-changer,” Stewart said. “One of the biggest frustrations when things go haywire is to have to go through a call center or deal with multiple different providers. This allows us to integrate all city operations, facilities and entry points into one network, with a local contact.”

GoNetspeed Chief Operating Officer Thomas Perrone shared how the company has built similar systems in towns and cities across the U.S., although this will be the first project to utilize federal funds.

“It’s a great partnership,” Perrone said, pointing out that a similar-size network is expected to be completed later this summer in Buffalo, NY.

GoNetspeed will build and maintain the infrastructure of New Britain’s network. Work is expected to begin in Jan. 2023 and be completed in about six months.