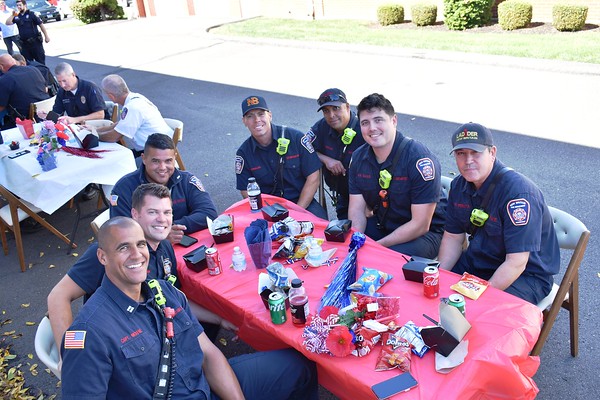 тАЬWe went to all the stations the day before and that morning to make sure they were aware of the event,тАЭ General Manager and Funeral Director Bonnie Latronica said. тАЬWe had almost 100 people come this year. It was a great turnout and a beautiful day.тАЭ

New Britain Fire Chief Raul Ortiz rotated the departmentтАЩs fire companies so as many firefighters as possible could attend the barbecue while still ensuring duties were served.

By the time police, EMS and firefighters had made their way through, there were still some leftovers, which New Britain Memorial staff delivered to stations to feed their night crews.

Police get in touch with funeral home staff in certain instances, such as to release deceased individuals into their care when a family member is not present at time of death.

тАЬItтАЩs everyone helping each other in the community,тАЭ Latronica said. тАЬWeтАЩre planning to continue this event every year. Hopefully next year we get another great turnout.тАЭ