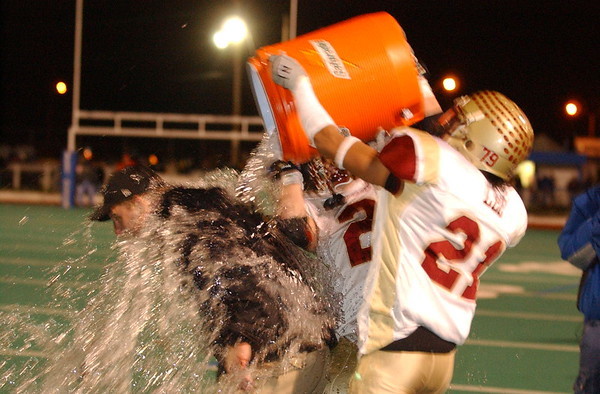 The Connecticut Interscholastic Athletic Conference announced the creation of the CIAC Sports Dynasty Tournament on Thursday morning, an event that will seek to find the most dominant high school sports program in the history of Connecticut.

One of the possible entries to the 32-team bracket is the New Britain football program, which can make the cut if it is one of six teams voted into the bracket. Voting is currently open on the CIAC website.

Twenty-six teams are already locked into the tournament, one from each sport that currently boast the most state titles than any other program in their respective sport. No local teams made that automatic entry, and the Hurricanes are the only local program among the teams that can be voted in.

“It’s a question with no “right” answer, but that doesn’t mean we can’t have fun letting high school sports fans weigh in on the question and try to rally support for their choice,” the CIAC said in Thursday’s press release. “In honor of the CIAC Centennial Celebration, that is exactly what we are going to do with the CIAC Sports Dynasty Tournament.”

New Britain has a strong case to be one of the last six teams voted into the tournament. The CIAC didn’t start crowning state champions until 1976, but since then, the Hurricanes have won four state titles in four appearances, including three in four years from 2001 to 2004. Head coach Jack Cochran led New Britain to back-to-back titles in 2003 and 2004, and its first CIAC title came in 1992 behind Tebucky Jones, the recently retired head coach who remains one of the most dominant football players the Hardware City has ever seen.

New Britain’s credentials stretch far beyond the CIAC-championship era, which is why the program is on the list of contenders to make the tournament. In the 50 years of action before the CIAC began crowning state champs, New Britain won 25 state titles, and played in the unofficial high school football national championship game back in 1939.

A notable omission from the automatic entries and the contenders was the Southington softball team. There are no softball teams listed among the field, but the Blue Knights just won another state title last spring, their 18th since 1978. Southington has won consecutive titles four different times in that span, including four in a row from 1985 to 1988.

Voting began on Thursday, with 15 teams to choose from among the list of contenders.