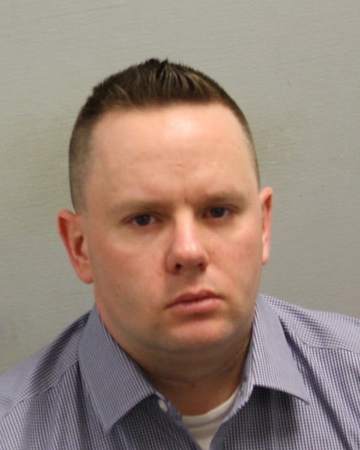 BRISTOL - An army recruiter has been accused of assaulting the founder of an area group that goes after predators preying on underage children, after allegedly finding himself at the center of one of the investigations.

Jordan Malmstrom, 33, of Newington, allegedly punched the POP Squad’s founder in the face multiple times and hit him with a car while speeding out of the Planet Fitness parking lot on Farmington Avenue on Aug. 1, at about 12:30 a.m., according to the arrest warrant in the case. The 33-year-old was not charged in the attack until this week.

The victim told police he had gone to Planet Fitness to confront Malmstrom, who allegedly thought he would be meeting a 14-year-old girl who turned out to be an adult posing as a minor. POP Squad has been responsible for the arrest of a number of individuals in the area after they allegedly arranged meetings with who they believed were underage girls or boys.

The victim of the assault, who often goes by “Incognito,” told officers he received a message from Malmstrom on July 27 on MeetMe - a dating app. Using an account with the fictitious name “Heather,” which was accompanied by a photo of a young looking girl. Incognito said he got a message from a profile claiming to be a 16-year-old named James.

Incognito, whose profile said he was a 14-year-old girl, replied to the comment on July 29, and their conversation continued from there. According to the warrant, Malmstrom said he was actually 19-years-old and called the girl in the photo “cute.” After chatting back and forth, Malmstrom allegedly asked that Incognito send him a “naughty” photo, the warrant said. When he declined, Malmstrom said he wanted to make sure he wasn’t being set up by police.

After allegedly expressing his desire to perform oral sex on who he thought was a teenage girl, Malmstrom and Incognito agree to meet on Aug. 1 at Planet Fitness, according to the warrant. During the encounter outside the gym, the document continued, Incognito explains to Malmstrom that he has been set up and that he is recording their exchange with a GoPro camera.

At some point during the encounter, Malmstrom allegedly started walking toward Incognito, who began backing away and feared his camera would be stolen. He then lunged at him and tried to take the camera, but Incognito slapped his hands away and struck him in the face, police allege.

Malmstrom began trying to throw punches and continued after Incognito, who eventually tripped and fell down. According to the warrant, Malmstrom, who also fell, landed on top of him and allegedly punched him in the face several times. He then retreated to his vehicle, and Incognito chased after him and tried to block him from leaving the parking lot.

Incognito’s thigh was then hit by the front bumper of the vehicle, causing him to go to the ground. The vehicle sped off. It was then that the POP Squad founder realized his camera had been taken. He suffered a cut to his elbow and side of the head, and felt pain to his thigh, but had no visible marks where the vehicle hit him.

He later posted screenshots of his alleged conversations with Malmstrom on social media, and included the profile photo. A user on Facebook identified the person in the photo as Malmstrom and said he worked at the United States Army Recruiting Station in Middletown.

During the investigation, local police spoke to officials from the Army Criminal Investigation Division, who said they would not pursue their own charges, provided Bristol police intended to make an arrest.

In the warrant, local police said they were able to confirm Malmstrom was the assailant by viewing surveillance footage in the area of Planet Fitness. They also, the warrant continued, tied his IP address to the account that had been chatting with the POP Squad.

Malmstrom was charged with week with third-degree assault, second-degree larceny, third-degree robbery, enticing a minor by computer and misrepresenting age to entice a minor. He is free on $10,000 bond, and is expected to be arraigned on Feb. 20 in Bristol Superior Court.

According to court documents, Malmstrom listed his occupation as still being an army recruiter in Middletown. A representative from the office told the Bristol Press on Thursday “there’s no one here by that name,” during an inquiry about Malmstrom’s employment status. The representative did not elaborate.