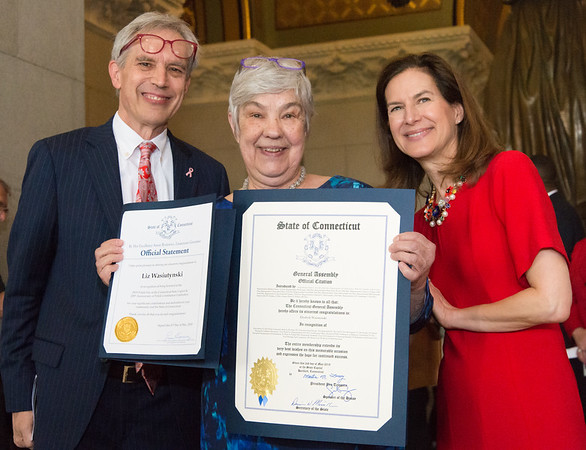 05/02/19 Wesley Bunnell | Staff Polish Day at the Capitol, in its 28th year, took place at the State Capitol Building on Thursday morning which also commemorates the 228th anniversary of the Polish constitution. Rep. Peter Tercyak. Buy this photo 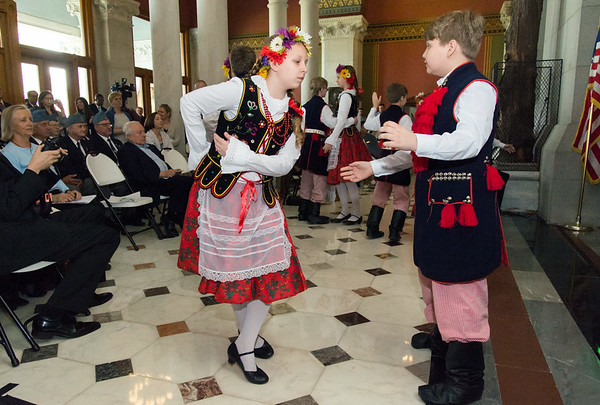 HARTFORD - Poland may be thousands of miles away from Connecticut, but the local Polish community did not have to travel that far to commemorate the 228th anniversary of the Polish Constitution.

Polish food, awards and performances highlighted the celebration of the 28th Polish Day at the state Capitol.

“It is such an honor and a pleasure to be here to help celebrate Polish Day,” Bysiewicz said. “I can’t think of a better thing to be doing than to celebrate our Polish heritage and also to be celebrating the accomplishments of some incredible Polish-American women.”

Bysiewicz read a proclamation from Gov. Ned Lamont, who declared May 2 Polish American Day in the state of Connecticut.

The celebration also included a Polish Day exhibit with the theme “Women of Independence.”

“I hope you have the opportunity to take a look at these special exhibits that we have up here at the Capitol honoring the accomplishments of some amazing Polish-American women,” Bysiewicz said.

“Connecticut has so many Polish Americans,” Bysiewicz said. “We rank 11th in the country as a state with a very strong Polish-American population. In Connecticut, one in 10 people have Polish-American roots and background. It is the third largest ethnic group next to Italian-American and Irish-American.”

Bysiewicz also recognized the values the Polish and American communities share, including the work ethic.

The Rev. Tomasz Przybyl, of the Holy Name of Jesus Church in Stamford, representatives from the Polish Language School for children and adults and the Polish American Foundation in New Britain also took part in the event.

The Polish Language School for children presented a cultural performance that included dancing and music by the children who attend the school.

May 3 is the original Constitution Day in Poland because in May 3, 1791, a political revolution was brought about by nonviolent means for the rights of man and the authority of the nation to govern itself.