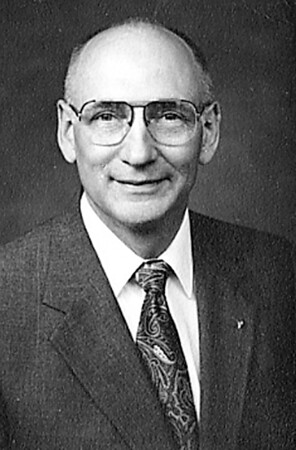 Allan Todd Sagraves, age 89, of Cary, N.C., died May 12, 2019, at Spring Arbor of Cary. Born in Louisville, Ky., he was the son of Crayton and Jennie Goodlett Sagraves. He was a devoted husband, loving father, grandfather, and great-grandfather. He was known for his trademark “Toddisms” and never met a stranger in his life.

Todd was awarded a doctorate of humanitarian service by Briarwood College in Southington, Conn., as well as CCSU’s Distinguished Service award in 1987, the highest honor the university bestows. He was also appointed to serve on the Connecticut Advisory Council for Vocational Education under Governors Grasso and O’Neill. Todd was elected president of the National Association of Distributive Education Teachers (NADET). He served as the national historian for the Distributive Education Clubs of America (DECA) and was bestowed an honorary life membership to both the Connecticut and national organizations.

Todd served in the Air Force during the Korean Conflict as a personnel specialist. He often joked that he was the most important soldier on the base because he distributed everyone’s pay. He was a member of many service organizations, including the Free Masons of Connecticut, and held lifetime memberships in the Air Force Association, American Legion and American Vocational Association.

Todd was preceded in death by his beloved Mary Anne and is survived by his son and daughter-in-law, Dr. Scott and Michelle Sagraves of Belton, Texas, and his daughter, Ann (Sagraves) Elsner, of Apex, N.C.; six grandchildren and two great-grandchildren, Tayler and husband, Will Stogsdill (Charlotte and William Stogsdill), Kimberly Maxwell and fiancée, Stine Hella Nyland, Nick and Jordann Sagraves, Matt, and Catie Elsner; and many nieces and nephews.

In lieu of flowers, gifts may be made to the USO of North Carolina at RDU, P.O. Box 91443, Raleigh, NC 27675 (https://northcarolina.uso.org/support/donate), Alzheimer’s North Carolina, 9131 Anson Way, Suite 206, Raleigh, NC 27615 ( www.alznc.org ), or The A. Todd Sagraves Scholarship Fund at Central Connecticut State University ( www.ccsu.edu/Giving ). Good-bye “Partner” you will be forever missed – “You done good!”