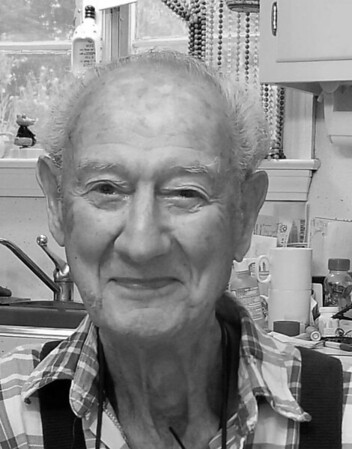 Herbert A. Rubenstein died peacefully on Nov. 6, 2019, hands held by his loving wife of 49 years, Lynn Rubenstein, and beloved daughter, Marla Rubenstein. The “Best of Bach” playing, and a family friend reciting Hebrew prayers until his last breath. He was 93.

Herbert was born in New Britain, on Oct. 25, 1926. He graduated high school in 1944. Before being drafted into the Army, Herb attended Alfred University, studying electronics. Returning home, Herb worked for his dad at Connecticut Furriers.

His heart stayed true to electronics and started his own business, “Herbet Electronics.” He closed shop years ago, but until his last day Herb repaired electronics in his home for loyal customers, and volunteered at Auction It Today in Berlin, where everyone treated him like family. He was first in line for tag sales, fixed anything that broke, planted flowers, gardened, worked outdoors, enjoyed bike riding at the beach, noshing on sweets, watching Blue Bloods, Westerns, Jeopardy, loved cats and dogs and relaxing to classical, jazz, or big band music.

Donations can be made to the Humane Society or Veterans related services. The funeral with full military honors will be Sunday, Nov. 10, at 11 a.m., graveside at Fairview Cemetery at 200 Whitman Ave., in West Hartford. Luncheon following at 53 Ten Acre Road, New Britain. Shiva Monday through Wednesday, 2 to 7:30 p.m., at 55 Greenhouse Blvd., West Hartford. Funeral arrangements provided by Hebrew Funeral Association of West Hartford.