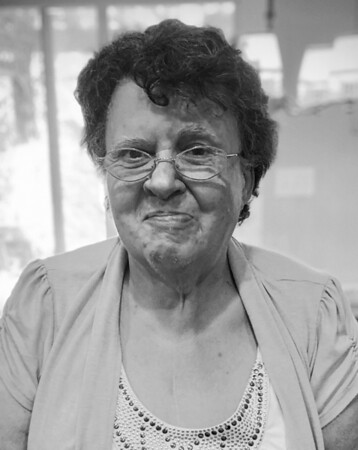 Donna A. Fitts, 76, of Monroe, N.C. entered into the Lord’s embrace on Saturday, January 11, 2020 surrounded by her loving family. Born in New Britain, she was the daughter of the late Anthony and Juliette (Sylvain) Pignatella. Donna was a 1962 graduate of Pulaski H.S. On September 9, 1972, Donna married the love of her life and soulmate, Richard L. Fitts, and the two embodied an unparalleled commitment to each other for the next 35 years of marriage. They moved to Hampton where they started a family and established roots in the community. Donna was a loving member of Christian Fellowship Church in Scotland prior to moving to Monroe, N.C. to bring sunshine to the lives of her two granddaughters, Jayla and Evra. The two of them adored their “Cookie”. During her seven years in Monroe, Donna was a devoted member of The Valley Church and befriended many in the community. Donna was the epitome of strength, love and compassion. Her love of family and laughter sustained her through life’s trials and tribulations. She was a kind, loving and loyal wife, mother, grandmother, daughter, sister and friend. She is survived by her loving children; Jay Fitts and wife Erica of Matthews, N.C. and daughters Crystal and Amber Fitts both of Monroe, N.C. and grand-daughters Jayla and Evra Fitts. She is also survived by her sister Shirley Kowar and twin brother Donald Pignatella and wife Anita both of Berlin, brother-in-law Francis Berloni of Bristol, as well as many loving nieces and nephews. She was predeceased by her beloved husband Richard, sister Theresa Berloni, and brother Anthony Pignattella. A memorial service will be held this summer in CT. She now rests with God in peace, but will live in our hearts and memories forever.