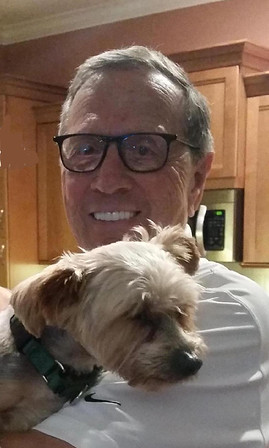 Frank Manafort,78, passed away peacefully on February 1, 2020, in Stuart, FL. He was born December 7, 1941, in New Britain to the late Frank and Ida (Orioli) Manafort. Frank is survived by his wife Elizabeth Manafort of Palm City, FL; sister Angela Manafort of Berlin; step daughter Jennifer Hickey of Arlington, MA; daughter Lana Manafort (JR Mancini) of Plainville, CT; son William (Heather) Manafort of Avon; daughter Liza (Nathaniel) Totz of Plainville; daughter Lauren Manafort of Farmington; his grandchildren, Daniel and Devon Nanowski of Plainville, Lola Hickey of Arlington, MA, Olivia and Owen Manafort of Avon and Vincent Totz of Plainville. He is also survived by his nieces, Lorraine Steele of Utah and Shana Manafort (Brian Ely) of Berlin and his great nephew, Brody Ely of Berlin. He also leaves behind his partner in crime “Rusty.” He was predeceased by his twin sister Carol. He also leaves behind many beloved cousins and friends.

Frank along with his cousins Jim and Jon took over a small demolition company from their fathers in 1967. Frank was instrumental in forming the Site Work and Concrete divisions of Manafort Brothers which allowed the company to perform a large portion of the civil construction at both Foxwoods and Mohegan Sun casinos. Frank also began bidding highway work and successfully constructed many of the roads and bridges in Connecticut until his retirement in 2008.

He was a generous, loving, loyal and fearless man, in every aspect of his life. A wonderful example was in 1980 when after hearing an explosion he entered a building and saved the life of an injured woman. Frank’s positive attitude and fearlessness was in abundance in his last year of life battling cancer.

Frank, with his contagious laugh and beautiful smile, shared his passion for life in everything. He was an avid reader and a man of many “hobbies” and seemed to live his life by the words “go big or go home” in everything he accomplished. He had a lifelong love of boating and most recently enjoyed his voyages with his Grady White Club in FL, traveling throughout the U.S. in his Coach and riding his motorcycles. He had an absolute love of animals both in his everyday life and in raising, breeding (producing many national champions) and showing cattle at his Black Watch Farm in VT where he produced Black Watch Farm beef and was known famously for his Frank’s Franks. He had a lifelong love and passion for both asphalt and dirt racing starting as a teenager with Stock cars at Tinty’s track in Plainville, Legend cars up and down the east coast, until the end of his life with USAC midgets throughout the U.S., winning many championships along the way. Traveling the world, he experienced a life changing meeting with Pope John Paul. His faith was such an important aspect as to what made him so special, as demonstrated in his more than 30 year relationship with the Marian Fathers. With his partner in faith Father Kaz, he participated in the first and second Apostolic Congresses on Divine Mercy in Rome and Cracow. Through his generosity, guidance and knowledge he assisted in many construction and upgrade projects for the Shrine of Divine Mercy in Stockbridge MA as well as helping refurbish the Oblate Sisters of the Most Holy Eucharist convent in Guadalajara, Mexico.

It is with grateful hearts and a sense of comfort and peace that we will celebrate Frank’s life on Sunday, February 9, 2020, with calling hours from 3-8 PM at Erickson-Hansen Funeral Home, 411 South Main St., New Britain. A Mass of Christian Burial will be celebrated on Monday, February 10, at 11 AM at St. Ann’s Church in New Britain. Burial will follow in St. Mary Cemetery.

In lieu of flowers the family requests donations be made in memory of Frank Manafort Jr. to the National Shrine of Divine Mercy, Stockbridge, MA 01262 and/or to Treasure Coast Hospice Foundation, 1201 SE Indian Street, Stuart, FL 34997-5688. Please share a memory of Frank with the family in the online guest book @ www.ericksonhansen.com