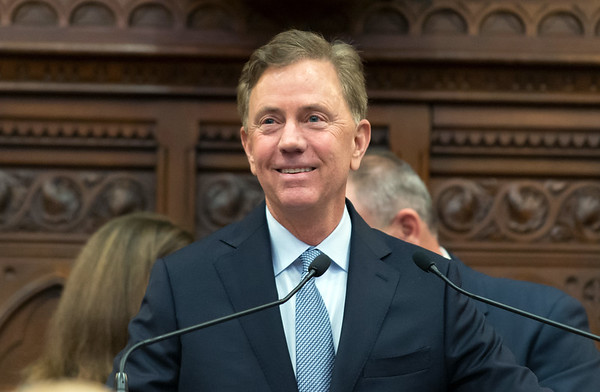 HARTFORD, Conn. (AP) - Public schools in Connecticut must close beginning Tuesday for at least two weeks to help fight the spread of the coronavirus, the governor said Sunday.

The announcement brings Connecticut in line with many states that have ordered schools shut down due to the pandemic. Several large Connecticut districts, including Hartford, Stamford and New Haven, already had ordered schools to close for two weeks or longer.

Lamont said he will issue an executive order for schools to close beginning Tuesday through at least through March 31. The governor said an online education program is being developed, and meals will still be available for students who receive them at schools through assistance programs.

At a news conference outside the governor's residence, Lamont said it was "risky behavior" to attend church and urged people to avoid all large groups.

"We see the urgency of the situation," Lamont said.

A total of 26 people in Connecticut have tested positive for COVID-19, the disease caused by the virus.

For most people, the virus causes only mild or moderate symptoms, such as fever and cough. For some, especially older adults and people with existing health problems, COVID-19, the illness caused by the virus, can cause more severe illness, including pneumonia, or death. The vast majority of people recover.

Most cases have been in Fairfield County, near the New York state line, but Hartford Mayor Luke Bronin said a positive test for a Hartford resident announced on Sunday was an indication that the virus is spreading around the state.

"It is important for people to take the pleas seriously to stay away from other folks," Bronin said. "Please don't go out to the bars and hang out with large groups because you think it's not much to worry about."

In New Haven, Mayor Justin Elicker said two cases had been confirmed in the city and said City Hall would be closed indefinitely.