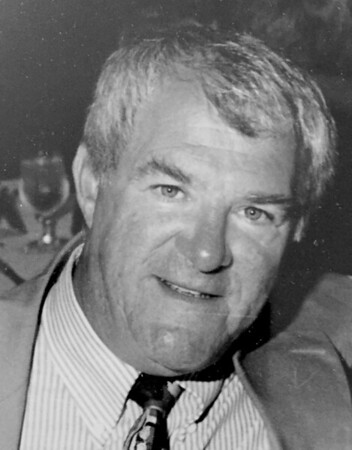 Anthony Orlando Famiglietti, 74, beloved husband of Heidi (Barkentin) Famiglietti of Plainville, died peacefully surrounded by his family on July 19, 2020, after a courageous battle with cancer. Born in Waterbury, the son of Orlando and Olympia Famiglietti, he was raised in the north end and made his home in Plainville for over 45 years.

Having graduated from Sacred Heart High School, the University of Connecticut, and the University of Connecticut School of Law, Anthony worked as an Attorney in Plainville his entire career and was most proud of the private practice he built with his son, Attorney Jason Famiglietti of Middletown. A devoted husband, father, and grandfather, “Tony” was a constant presence in his family’s life. He was active in the school activities of his children and grandchildren, having attended hundreds of baseball and soccer games over the years.

Among Tony’s passions, were his grandchildren, music, golf, fishing, gardening and his volunteerism with the Plainville Rotary Club. Tony was a “beacon of light and positivity” and his volunteer spirit touched far too many local charitable organizations to mention. A veteran of the United States’ Air Force, Anthony served for six years in the late 1960s. Anthony adored his wife Heidi. They were partners in the purest definition. Married for 51 years, they accomplished their dream of raising a loving family. Anthony is survived by his wife Heidi and two sisters, Janet Dance of Prospect and Carol Sampieri of Bristol. He is also survived by brother in law Christopher Barkentin and his wife Andre and sister in law Marion Demaria and her husband Elroy. Anthony leaves two sons, Attorney Robert A. Famiglietti of Plainville and Attorney Jason S. Famiglietti and wife Kathy Famiglietti of Middletown, and his “pride and joy” - his grandsons Ryan, Jake, Samuel and Peter. Anthony was predeceased by his brothers in law Michael Dance and Salvatore Sampieri. Anthony leaves many other beloved friends and family members.

In lieu of flowers, donations in his memory may be made to the Plainville Rotary Club, PO Box 484, Plainville, CT 06062.

The family has elected to forgo public services, respecting the Covid guidelines. A private burial is to be held at the State Veterans’ Cemetery, Middletown.

A celebration of Tony’s life will be held and announced in the near future when all are able to safely gather. The staff at Plainville Funeral Home extends their gratitude to the Famiglietti family for their trust.