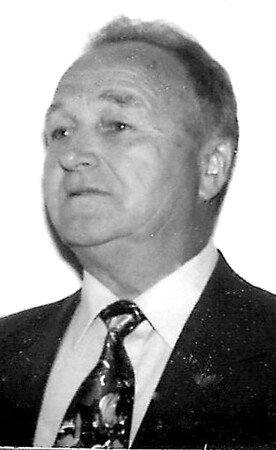 Boguslaw Mosakowski, 87, loving husband of the late Eugenia (Juchimowicz) Mosakowski of New Britain, passed away on August 17, 2020. Boguslaw was born on June 23, 1933, in Poland to the late Stanislaw and Wincentyna (Rutkowska) Mosakowski. He lived in Poland for 48 years before coming to America in 1981. In America, Boguslaw worked at Budney Industries as a Machinist where he retired after many years. He is survived by his sons, Marek Mosakowski and his wife Malgorzata of Poland, Janusz Mosakowski of New Britain as well as his sister Marianna Sargent of Amston, CT. He also leaves his loving grandchildren Magdalena, Daniel and Alexander Mosakowski, a sister in law Regina Mosakowski of Bristol, and many nieces and nephews in America and abroad. In addition to his wife, Eugenia, he was predeceased by his two brothers Tadeusz and Janusz Mosakowski. His family would like to offer their utmost gratitude to the wonderful caregivers that provided compassion and support over the past many years. A Mass of Christian Burial will be held on Friday, August 21, at 10:00 a.m. DIRECTLY at Sacred Heart Church, 158 Broad St, New Britain. Following the Mass, he will be laid to rest in Sacred Heart Cemetery beside his wife. Those in attendance a reminded that all social distancing measures are being practiced at the Mass. You are required to wear a mask and maintain a distance of 6 ft. from others. Duksa Family Funeral Homes at Burritt Hill has care of the arrangements. To share a memory with his family, please visit us at www.duksa.net .