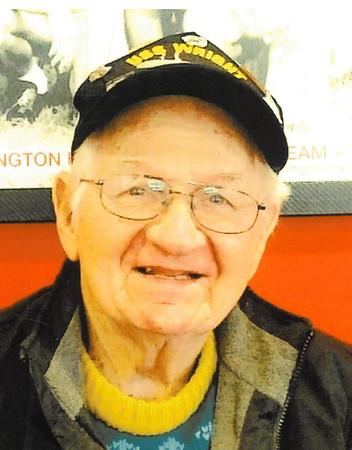 Joe was born in Baczyna, Poland in 1929. He came to America at age five and grew up in New Britain. Later he enlisted in the Navy where he flew in dirigibles and served during the Korean War on the USS Wright. He attended CCSU where he received his Masters and 6th degree. Joseph was a teacher at Newington High School for 37 years; he taught graphic arts and driver’s education, built and started the first track and field team as well as coached gymnastics. He was a member of the Gwiazda Dance group at the Polish American Home in Hartford and the Polish American Club. He was a 4th Degree member of the Knights of Columbus Council #3884. Joseph was an avid bowler and enjoyed golf and traveling, and was a huge Yankees and New York Giants fan. His friends and family knew him for his sense of humor and amazing card tricks, especially “Sam and Joe.” He also volunteered for the Special Olympics; St. Mary’s Church, taught 55 Alive courses for seniors and taught woodshop at the Senior Center. He was also a Eucharistic Minister for St Mary’s Church, where he distributed communion to people in nursing homes and some house-bound residents of Newington. He was honored for his volunteer work by the Bishop and while visiting the Vatican had an audience with the Pope.

He is predeceased by his parents Adam and Katherine Bajek of New Britain and his sister Genia Skovran. He leaves behind his loving wife of 59 years, Beverly and his three children; Karen Bajek, of East Hampton, Robert Bajek of Findley, Ohio, and Linda Bajek of Marlborough, along with his grandchildren Steven and Britany Bajek. In lieu of flowers the family asks that you make a donation in his name to the Special Olympics of Connecticut, Shriners Hospital, or Feeding America.

A Mass of Christian Burial will be held on Tuesday, August 22, 2020 at 12:00 p.m. at St. Mary Church, 626 Willard Ave., Newington. He will be lovingly laid to rest in Sacred Heart Cemetery, New Britain. Duksa Family Funerals Home at Newington Memorial, 20 Bonair Ave., Newington is assisting the family. To share a memory with Joe’s family, please visit us at www.duksa.net