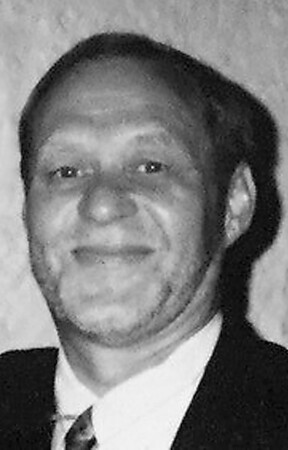 Paul K. Redman, 70, passed away on Tuesday, September 29, 2020. He was the beloved husband of Beverly (Mascaro) Redman, with whom he shared 51 years of marriage. Paul was born in New Britain on November 12, 1949, of the late Arthur Redman, Sr., and Ellen (Bida) Redman. He was a graduate of Bristol Central High School in 1967.

He proudly served his country in the United States Army with the 173rd Airborne Division. He received two Purple Hearts during his two tours of duty in Vietnam. Prior to his retirement in 1997, he was employed by General Motors in Sandusky, Ohio.

Paul was a loving and devoted husband, father, grandfather, uncle, brother, and friend, who enjoyed spending time with his family and friends, and will be greatly missed, especially by his two faithful canine companions, Angus and Ollie.

In addition to his wife, he is survived by his daughter: Kristen (Higgins), and her husband Tim of Pennington, New Jersey, and he was a very special “Papa” to his grandchildren: Patrick and Molly Higgins; and his son: Michael Redman of Bristol. He also leaves his brothers: Arthur Redman, Jr. and his wife Linda of Bristol; Keith Redman of Norwich, Mark Redman and his wife Cindy of Terryville; his four sisters: Cele Czajkowski of Terryville, Carol Ouellette of Bristol; Ruth Redman and her husband Walter Lewandoski of Bristol, Rachel Redman of Bristol; his sister-in-law: Linda Mascaro of Bristol; and his brother-in law: Stephen Mascaro and his wife Beth, and their son: Jeff, of Florida. In addition to his parents, he is predeceased by his sister: Linda McDonald; his father-in-law: August “Gus” Mascaro; and his mother-in-law: Frances (Carlo) Mascaro.

Prior to Paul’s illness, he enjoyed fishing, hunting, and woodworking along with his best friend and shadow, Ajax, who never left his side. He had a special bond with his many nieces and nephews, especially Brittany, Mikayla and Ashlee Lewandoski, Dr. Jason Redman, Jenna Redman, and United States Army Master Sergeant Ben McDonald. Paul had many friends, but was most proud of his friendship with his service brothers at the Veterans Center in Newington, and they became an extended family for him.

The family would like to thank the doctors and nurses at the VA in West Haven and Newington; the LVAD Clinic at Yale-New Haven Hospital; and Isabella and Kelly from Hartford Health Care for treating Paul with dignity and compassion during his long illness.

To honor Paul’s request, there are no calling hours or services, however a celebration of his life with family and friends will occur at a later date. Funk Funeral Home, 35 Bellevue Avenue, is honored to serve the Redman family.