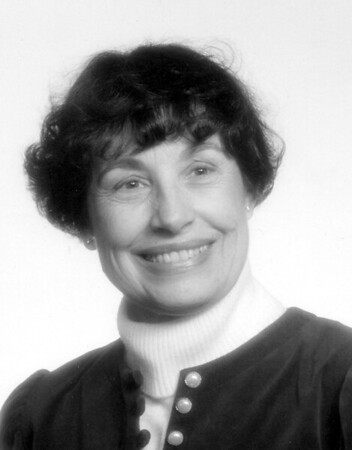 Dorothy Jane “Dottie” Hart, 86, of Farmington, formerly of Plainville, passed away peacefully on Friday, Jan. 1, 2021, at The Reservoir in West Hartford. She was the wife of the late Henry G. Dynowski, with whom she is now reunited after 38 years.

Born in New Britain on July 21, 1934, she was the youngest of three children to the late Melbert and Alice (Pavano) Hart. She attended Plainville schools, and was well known for her lifelong passions for dance, gymnastics and yoga. As a young teenager, Dottie studied dance in New York City at the June Taylor Studio of Dance and the Ballet Repertory of N.Y. After her affiliation with a few local studios, she eventually fulfilled her dream, opening the Hart’s Dance Studio in 1950, where she taught many in Plainville and beyond, the joy of dance over the next fifteen years. She also studied gymnastics at Joe Price Acrobatics in NYC and with Abie & Muriel Grossfeld Gymnastics, then went on to do some coaching at Amherst College and to teach at Gymnastics Unlimited in Plainville. In 1976 Dottie became a certified yoga teacher, studying Hatha Yoga with Ruth Bender in Avon. That same year she began teaching yoga at Tunxis Community College, where she continued to teach over the next two decades. During this time she opened her own yoga studio, Body Management Center Inc. and expanded her work with exercise and movement for older adults, teaching at many local senior centers, presenting for the Conn. State Department on Aging and serving on the board of directors for the Conn. Senior Olympics. In 1992, Governor Lowell Weicker presented Dottie with the Governor’s Fitness Award for her contribution to the health and wellness of Conn. citizens. Having taught senior exercise programs for more than twenty years at Village Gate in Farmington, she decided to make Village Gate her home in 2014 where she continued to teach “sittercise” classes until early 2020 to keep her fellow residents healthy and mobile. Her care and concern for others was ever present and reflected in her daily actions. Having been a teacher of movement almost all of her life, she would often say “God is really the one teaching the classes, I’m just there to say the words and show the movements.” Dottie is remembered for her strength, selflessness, spunk, amazing apple pies, homemade sauce and meatballs, golumpki and most of all a bottomless love for her family and grandchildren. She will be missed immensely, leaving a wonderful legacy and many cherished memories.

Dorothy’s active lifestyle may be remembered with contributions to the National Senior Games Association, PO Box 5630, Clearwater, FL 33758 or at www.nsga.com .

A celebration of Dottie’s life will be held and announced at a later time, when all are able to safely gather together. The staff at Plainville Funeral Home extends their gratitude to Dottie’s family for their trust.