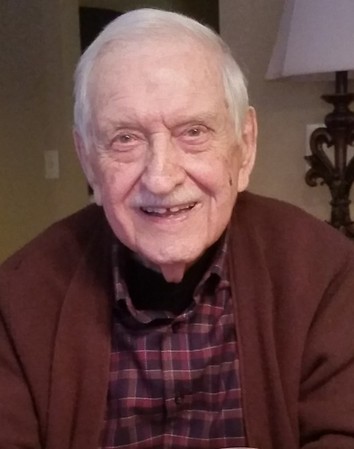 He could make a friend in moments, and leave an impression for a lifetime. Alexander Anthony Suprin 98, forever young at heart, died peacefully on Tuesday, Jan. 5, 2021. He joins his wife Eleanor (Dombrowski) Suprin among the angels and saints.

Al was born Dec. 16, 1922 in Poland and emigrated as a boy to grow up learning, loving, and working in his hometown of New Britain. His steadfast faith and his belief in the importance of education lead him through his life. He joined the Marines and served in the Pacific theater through end of WWII. Always the playful leader of the gang, he had a variety of interests that created so many precious memories. The family had two lakeside cottages that were the center of so many special times of fun. He so enjoyed fishing, hunting, boating, swimming, snorkeling, dart playing, golfing, ice skating, grilling, and reading. He inspired a century of card games (especially cribbage, pinochle and setback), sports, songs (Oh, how he played the harmonica!) and dancing with Eleanor, who was unquestionably the love of his life. While vigorously pursuing these endeavors, he found time to support his family as a fireman for the city of New Britain for 25 years, an electrician, and an engineer at New Britain General Hospital for 10 years.

Due to covid-19, services will be held at a later date. In lieu of flowers memorial donations may be made to The House of Heroes, 3342 Whitney Avenue, Hamden, CT 06518 or Rebuilding Together, 200 Myrtle Street, New Britain, CT 06053. New Britain Memorial-Sagarino Funeral Home, 444 Farmington Ave, New Britain has been entrusted with arrangements. For an online memorial, please visit www.NewBritainSagarino.com .