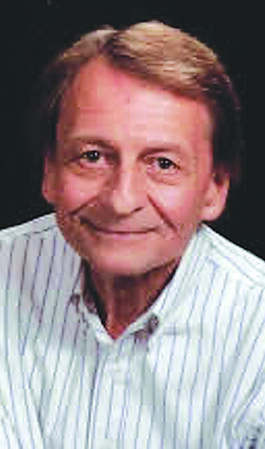 Leonard Belas, 70, of Des Moines, Iowa, passed away peacefully at home on Jan. 1, 2021. He was born on July 12, 1950 in New Britain to Steven and Margaret “Czerepusko” Belas. He received his education and graduated from Newington High School where he was on the golf team and performed in several plays and musicals. He made his way to Iowa by attending Simpson College in Indianola and graduated with degrees in English and Theatre Arts. Len began working for Dean Witter (now Morgan Stanley) in 1980 and worked there until retiring in 2008. He met his wife Sally Martens at Dean Witter. They married in 1986 and made their home on the south side of Des Moines. They both enjoyed traveling so in the early years they took many trips to warm places where they could relax and enjoy the sunshine. In his free time, Len enjoyed playing backgammon, playing cards, gardening, yoga, jogging, doing jigsaw puzzles (that he would frame as art for the walls) and in his earlier years he enjoyed golfing, hot air ballooning, and bowling. He was an enthusiastic cook and enjoyed his cooking bible, the “America’s Test Kitchen” cookbook. He was a devoted gardener and many enjoyed the vegetables that his garden produced. Len was also a very “hard-core” Republican and Rush Limbaugh fan. He would listen to Rush every time he was on. He is survived by his wife Sally, brother Richard (Judy) Belas, aunt Ann Sencio, cousins Brian Sencio, Bob Belas and Dave Belas, nephew Brady Martens and nieces Katie (Brandon) Danielson and Ellie Martens. He was preceded in death by his parents, stepmother and other aunts and uncles. In lieu of flowers, please send memorials to the attention of the family. The recipients will be designated at a later time. Also, a celebration of life will be held at St. Mary’s Ukrainian Orthodox Church in New Britain at a later time. Online condolences may be expressed at www.caldwellparrish.com . Requests to be notified of the date of the memorial service may be sent to belas.richard@gmail.com.