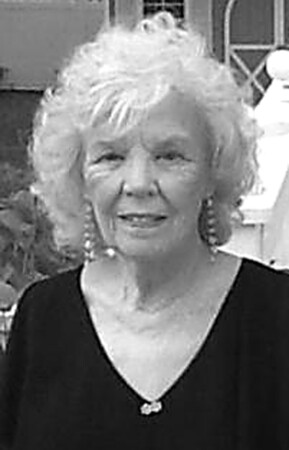 It is with great sorrow that we announce the passing of Janet L. (Johnson) Schroeder, 87, of Kensington, cherished mother, grandmother, sister, aunt, cousin and friend on Jan. 12, 2021. Janet waged a courageous battle with Alzheimer’s Disease, which took its hold as she fought valiantly. Janet was a fighter - of strong will and fortitude, but small in stature and beloved by the many who knew her. Janet was born on Oct. 2, 1933, to Gladys (Johnson) Johnson and Everett Johnson of New Britain. She graduated from New Britain High School in 1949 and attended Upsala College, East Orange, N.J. It was during her college years that Janet discovered her true love of music, as she took the train on weekends to visit her Aunt Edith in New York City. Together they would see the great musicians and singers of that time. Janet was employed for many years by Cigna Corporation, Hartford, where she worked as a Pension Analyst. She also worked for Safe Home Security Systems, Cromwell, and held the distinction as the company’s longest working employee - loved by her many coworkers and management.

Janet was predeceased by her parents, Everett and Gladys Johnson of Southington, her brothers Everett Johnson of Plantation, Fla., Darrell Johnson of Avon, and a sister Doreen Messier of Berlin.

Janet leaves her adored children, Cheryl and Michael Sak of Kensington, Darice “Darcy” Schroeder and Richard Stula of Colchester, and Glenn and Wendy Schroeder of Southington. She also leaves behind her dearest granddaughters, Courtney Sak of Manchester, and Melanie Sak of Pawtucket, R.I., along with nieces, nephews and special friend Dorothy Sak. Two sisters-in-law, Donna Johnson of Avon and Barton Johnson of Plantation, Fla.

Janet left an indelible mark with her spirit, kindness, and inspiration and she will never be forgotten.

The family wishes to thank Ledgecrest Health Care, Kensington, nurses and staff for their endless support, caring and thoughtfulness. They kept Janet dancing, as was her passion, and worked tirelessly to give her wonderful, compassionate, comfort and care until the very end.