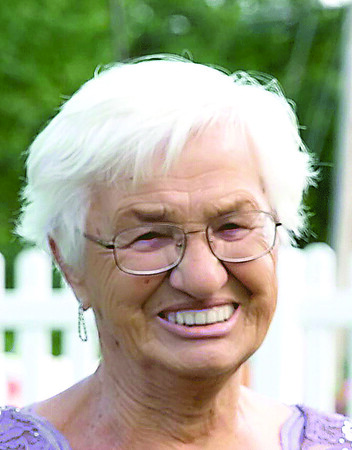 Zofia (Machowski) Szuba, 88, wife of the late Piotr Szuba, resident of Colchester, formerly of New Britain, passed away Sunday, Feb. 7, 2021. She was born in Poland to the late Jan and Maria Machowski. Zofia retired from Emhart and in her retirement, she enjoyed spending time with her family, taking vacations to the beach, gardening, cooking her favorite Polish dishes and playing with her grandson’s dogs Tucker, Ranger, Major and Hippo. Zofia is survived by her daughter Genny Szuba of Meriden; her son George Szuba and daughter-in-law Melissa, along with their two sons, Jared Szuba and his wife Elizabeth of Colchester; Casey Szuba of Lebanon; her grandson Michael Szuba of New Britain, grand-daughter Jessica Szuba of New Britain and two great-grandchildren Juwel and Payton as well as several nieces and nephews locally and in Poland. Besides her husband she was predeceased by her son Marion.

A Mass of Christian Burial will be held on Friday, Feb. 12, 2021, at 11:30 a.m. at the Sacred Heart Church, 158 Broad St., New Britain. She will be lovingly laid to rest in Sacred Heart Cemetery. There are no public calling hours. To share a memory with Zofia’s family, please visit us at www.duksa.net .