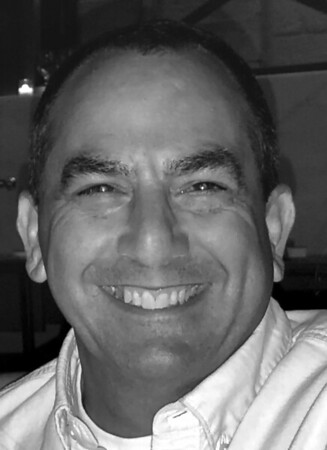 Edwin Weinberg “Ned” Davidson passed away on Wednesday, Sept. 1, 2021. He fiercely and valiantly fought a nine-year battle with Adenoid Cystic Carcinoma, a relentless, evil, and very rare cancer. Ned was born in New Britain, Conn., on Dec. 26, 1958, to Alice W. Herrmann and Lawrence J. Davidson, Sr., and yes, sometimes he was cheated out of birthday gifts because of the holidays. He was loved by his siblings, Jodi Davidson (Florida), Lawrence J. “Larry” Davidson, Jr. (Connecticut), Arthur “Andy” Herrmann, Jr. (Florida), and Diana Davidson (Florida). He was predeceased by his father; his stepfather, Arthur “Bud” Herrmann; and his stepmother, Adrienne Davidson.

Ned attended Tow Path Elementary School, Westledge School, and Westminster School. He continued his education at the University of South Carolina, graduating with a degree in Finance. Once finished with the rigors of formal education, Ned set the real world on fire. First stop, New Orleans, where he took part in the retail training program at D.H. Holmes stores and lived the high life of a 20-something. After a detour to Dallas, Ned made his way back to Connecticut and the family business, D&L Stores. While Ned had worked in the stores and warehouse during the summers of his high school and college years, it was time to share in the behind-the-scenes excitement of merchandising. Ned was a numbers guy with excellent style, the perfect combo for a buyer. He worked his way up to run the merchandising portion of the business. He later became Senior Vice President and Merchandise Manager of The Weathervane stores, another division of D&L Venture Corp. Ned left Weathervane in 2004 to start Jade Marketing Group, his greatest business adventure yet. Here, he put into play all the skills and wisdom he acquired throughout his career. Along with his partner, John McKelvey, Ned established a successful and well-respected denim business.

Ned traveled extensively to New York, L.A., and Asia for his work. He was known in the retail and clothing manufacturing industries for his unwavering integrity, his ability to forecast fashion trends, and his astute business sense. He was a fair and generous employer who cared greatly about his employees as individuals.

However, the businessman was no match for the family man. Ned met his wife, Carla Brunalli Davidson, when they worked together at D&L. After a year as co-workers, he made his move, and the rest may just rival any love story out there. They were married for 33 years, and as a team, reveled in the highs, powered through the lows, and survived many, many bad jokes. Inducing laughter was one of Ned’s greatest talents, which contributed to his success as a dad. He excelled at being a father to his children, Jacob and Jessie. They grew to be adults and he grew to be their best friend. He taught them by example how to take on the world with confidence and humor. They will miss his wisdom and guidance. His family was his priority, and he was never happier than when spending time with them, meeting their friends, and witnessing their accomplishments.

Ned was a gifted athlete and enjoyed sports all his life. His golf swing was a thing of beauty and his drives enviable. He loved the Yankees and spent a number of happy days at the stadium with his family. He loved to vacation, and beach trips with his family to Grand Cayman were cherished times. He was always ready to do something or go somewhere. His spirit and zest for life will be missed by many.

Ned’s family will receive friends from 1-5 p.m. on Sunday, Sept. 12, 2021, at the Farmington Polo Club, 162 Town Farm Road, Farmington, CT 06032. A private burial ceremony will take place at the family’s convenience. The family would like to thank Ned’s medical team at Dana-Farber Cancer Institute for helping Ned to fight the battle of his life. In lieu of flowers and in light of Ned’s charitable nature, donations may be made to Foodshare, 450 Woodland Ave., Bloomfield, CT 06002 or Foodshare.org, or to Dana-Farber Cancer Institute, P.O. Box 849168, Boston, MA 02284 or via www.jimmyfund.org/gift . The Carmon Funeral Home & Family Center of Avon is entrusted with the family’s funeral arrangements. To share a memory or condolence message with Ned’s family, please visit www.carmonfuneralhome.com .