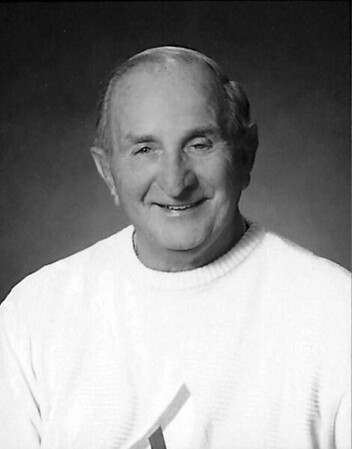 John A. Marut, 88, passed away peacefully on Thursday, Sept. 16, 2021 with his family by his side. He was the husband of Barbara (Tyskowski) Marut, his loving wife and best friend of 64 years. John was born on July 22, 1933 in New Britain. He was the son of the late John A. and Agnes (Bajek) Marut, Sr. John was a longtime resident of Meriden and devoted parishioner of St. Stanislaus Church. He was a partner at C&A Machine Company in Newington from where he retired. John was a Past President of the Holy Name Society and a member of the St. Faustina Sunshine Club and Finance Committee. He was a longtime member of the Shuttle Meadow Country Club. Most important to John was spending time with his family and friends. A beloved husband, father, grandfather and great-grandfather, John will be greatly missed.

He is survived by three sons: Paul Marut and his wife Tracy, James Marut and his wife Fatima, Peter Marut and his wife Barbara; his daughter Marianne Guzauckas and her husband Donald; his sister Barbara Rival; eight grandchildren: Jason and his wife Lindsay, Ryan, Daniel, Linden, Lance, Nicholas, Alec and Adam; two great-grandchildren: Amelia and Noah; three step-grandchildren: Steven and his wife Emily, Kristopher and Michael; several great-stepchildren and many nieces and nephews. He was predeceased by his son Michael Marut; two brothers: Leo Marut, Henry Marut, and two sisters, Mary Klos and Rose Mazur. His funeral will be held on Tuesday, Sept. 21 at 11:00 a.m. from the Meriden Memorial Funeral Home, 450 Broad St., Meriden, when the funeral cortege will proceed to St. Stanislaus Church for a Mass of Christian burial at 11:30 a.m. Burial will follow in St. Stanislaus Cemetery. Family and friends are invited to pay their respects on Monday evening Sept. 20 from 4:00 p.m. until 8:00 p.m. at the Meriden Memorial Funeral Home. To send an online expression of sympathy, please visit www.meridenmemorialfh.com . In lieu of flowers donations in memory of John Marut may be made to St. Faustina Parish, 82 Akron St., Meriden, CT 06450 or to The Alzheimer's Association at www.alz.org/