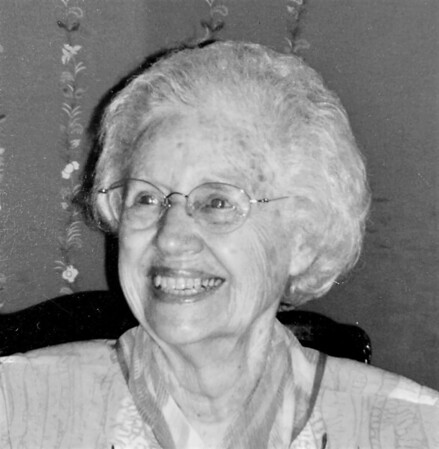 Gloria M. Mayer, 96, formerly of West Hartford, died in New Britain on October 6. She was born in Bridgeport on May 22, 1925, the daughter of Louis and Margaret (Uhran) Molnar, members of the vibrant Hungarian-American community in the Bridgeport area. Her family encouraged an early interest in music, and Gloria, her sister, and her cousins played instruments and occasionally performed on local radio programs. Gloria played the piano and had a beautiful singing voice; she was given the lead role in a high school operetta, and for a time considered a professional singing career. She graduated from Syracuse University in 1946, where she was president of her chapter of Kappa Delta sorority. After college she worked at Bell Telephone and the Dictaphone Company, then in 1949 married Walter F. Mayer of Kensington, and they raised their three children on Federal Street in West Hartford. She attended St. Brigid Church, where she was an active member of the Ladies’ Guild and Mothers’ Circle, sang in the choir, and once sang a solo in the church’s talent show. After her children were grown, she worked as a volunteer for several organizations, including Hartford Hospital, where her kindness and sympathetic nature gave comfort to countless patients for over thirty years. She also volunteered with the Red Cross and at Wolcott Elementary School, and was a member of the Hartford Hospital Auxiliary, St. Francis Hospital Auxiliary, and St. Agnes Guild.

She is survived by her three loving children: her son Lance and his partner Gay Myers of Ledyard; her daughter Jean and her husband Jake Kos of Shushan, NY; her son Bruce and his wife Rita Malenczyk of Tolland; and by two grandsons, Sam and Peter. She was predeceased by her husband Walter and by her sister Grace Hoskins.