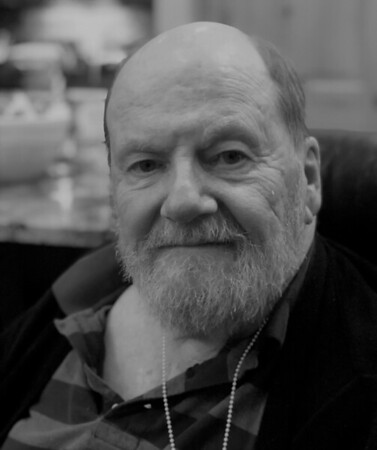 Warren E. Schultz, 86, died Saturday, May 28, 2022, in Denver due to heart and renal failure. Warren was born in New Britain on Aug. 6, 1935, the son of Margaret O'Neil and Edward Schultz of New Britain. He graduated from New Britain High School and the University of Hartford with a B.A. in English. In the mid-1950s, he served in the U.S. Army, and was stationed in Germany. Warren loved investing and trading stocks and commodities, and so began his finance career at Retail Credit (Equifax). He then moved to Merrill Lynch, where he served as Operations Manager and Administrative Manager for over 20 years. His career took his family to a number of different cities, including Syracuse, Savannah, Jacksonville, Miami and New Orleans. In 1992, after Hurricane Andrew destroyed their home in Miami, Warren and Elaine began a new adventure in the rolling farmlands of Solo, MO.  When Elaine was diagnosed with cancer, Warren took amazing care of her every day until she died in 1994. In 2007, he married Marlene Stark Neal. Marlene was a professional quilter and Warren helped set up her online quilting store.  When Marlene died in 2018, he moved to Denver to be closer to his family. Warren was predeceased by his parents, and his two wives, Elaine and Marlene. He leaves behind two sons, Eric (Rumesh) of Washington, D.C., and Scott (Katherine) Schultz of Denver, two grandchildren, Ethan and Kaitlin Schultz, his brother-in-law, Edward Obrist, a nephew, Michael Obrist, and a niece, Kristen Holeck. Additionally, he leaves behind one aunt, Lillian Jabs, and several cousins.