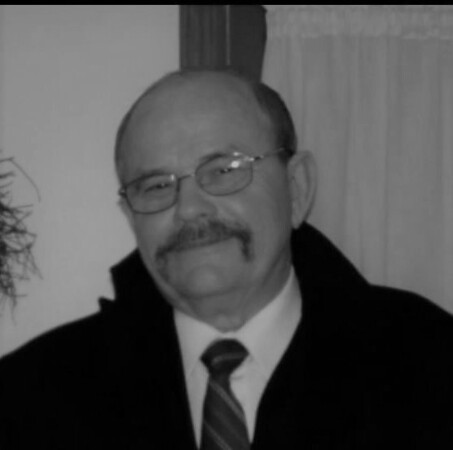 Tadeusz “Ted” Cichy, 76, of New Britain passed away at his home on June 29, 2022 with his family by his side after a long and courageous battle with heart disease. Born in Poland to the late Franciszek and Stefania (Polomka) Cichy, Ted came to the United States at 18 years old. He eventually settled in New Britain with his beloved wife of 53 years, Teresa (Santos) and raised their family.

Ted was a dedicated, loving husband, father and grandfather. He worked at Caval Tool Co. for 35 years, starting as a machine operator and then as a Supervisor. He had an amazing ability to fix just about anything and was referred to by his family as ‘Mr. Fix It’. He had a great sense of humor and always took the time to help a neighbor, friend or stranger who needed it. He had a love for gardening vegetables, pickling, watching sports, dancing (especially the Polka), fishing, and after retirement enjoyed smoking meat and cooking new recipes with his wife. He was the happiest spending time with his children and grandchildren who were his pride and joy.

In addition to his wife, Teresa, Ted is survived by and will be dearly missed by his daughter Roxanne Cichy Ruppel and her husband Kevin Ruppel of New Hampshire; his son Ted Cichy and his wife Bethany Cichy of Oregon; his son David Cichy and his wife Joyce Jeffries of New Mexico, and his nine grandchildren Jacob and Ava Ruppel and Corbin, Cate, Bennett, Vanessa, Vincent, Victoria and Veronica Cichy.

He is also survived by his four sisters with their spouses, Jadwiga and Tadeusz Laszczewski of Plainville; Leokadia Bucholski of New Britain; Teresa and Stanley Labieniec of Wallingford and Halina Caserella of Southington; along with brother Mieczyslaw Cichy of New Britain, his sister-in-laws Krystyna Cichy and Stella Cichy, many nieces and nephews, and his best friend of 55 years Jozef Puzio and his wife Sylvia. He was predeceased by his brothers Czeslaw, Edward, Eugieniusz and Stanislaw Cichy.

A Mass of Christian Burial will be celebrated on Thursday, July 7, 2022 at Sacred Heart Church, Broad Street, New Britain at 9:30 a.m. Friends and family are invited to call upon Ted’s family the evening prior, Wednesday, July 6, 2022 at New Britain Memorial & Donald D. Sagarino Funeral Home, Farmington Avenue, New Britain from 4-7 p.m., as well as 8:30-9, July 7th. For an online memorial, please visit  www.NewBritainSagarino.com .