How the 'Village on the Plain' became Plainville: Town celebrates 150 years 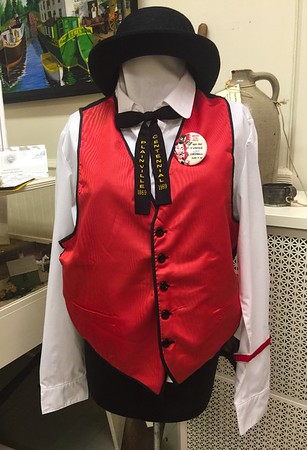 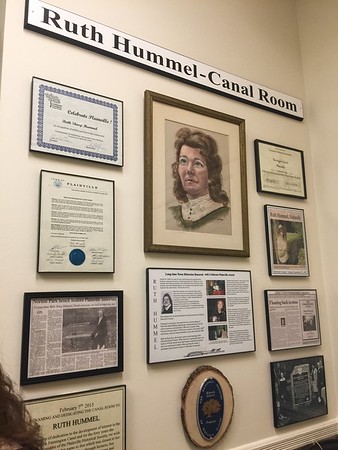 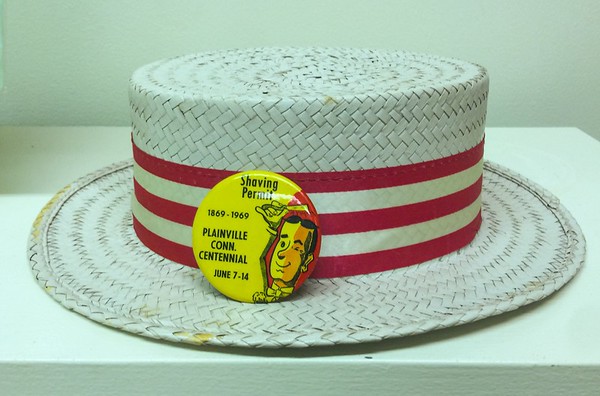 PLAINVILLE - The Plainville Historic Center kicked off the town‚Äôs 150th Anniversary Celebration Saturday by showing how the ‚ÄúVillage on the Plain‚Äù became Plainville.

The ‚ÄúPlainville Through the Years‚Äù exhibit had a ‚ÄúThen and Now‚Äù area, displays featuring notable people and places, and a questionnaire quizzing people about what antique items were used for.

There was even a display called ‚ÄúDo you remember?‚Äù where visitors left notes of their memories of town from long ago, like milk being delivered to the house and 5 cent candy bars.

Volunteer Gertrude LaCombe and the rest of the historic society worked on the exhibit for a month before it opened in early June.

‚ÄúWe are a hidden gem in Plainville. People are exceptionally surprised at what they find here,‚Äù she said.

The history of the land began with the Tunxis tribe, LaCombe explained. They were hunters and gatherers who relied on deer for food and clothing and used cattails for pillows, bedding and diapers.

Fast forward a couple of hundred years and the land becomes a town reliant on a canal to do business.

‚ÄúIf it weren‚Äôt for the canal, we wouldn‚Äôt be here. It was the focal point of downtown Plainville,‚Äù LaCombe said. Even though the canal was only there for 20 years, it made a big impact on the town.

A train was later built that followed the canal and sparked more business.

‚ÄúWe were the crossroads of Connecticut at that time,‚Äù LaCombe said.

‚ÄúIt was a big deal in those days,‚Äù LaCombe said.

LaCombe remembers the last big anniversary celebration the town had 100 years ago.

Men dressed up as ‚ÄúBrothers of the Bush‚Äù in red vests and had to get permits to shave their beards. If they had shaved without a permit, they were put in parade ‚Äújail.‚Äù

It wasn‚Äôt too long after that Ruth Hummel founded the Plainville Historic Society and the center, and the rest, as they say, is history.

‚ÄúThey‚Äôve done a great job,‚Äù said Cassandra Clark about the exhibit. She visited with her daughter, Skylar.

The celebration was about making history as well.

Reed‚Äôs Craft Ginger Beer was giving out samples at the center. John Bello, who was raised in Plainville, marketed the beverage as well as the popular SoBe beverages. Bello was also the president of NFL Properties, its marketing and merchandising arm.

‚ÄúHe turned it into a mega business for the NFL,‚Äù said his friend, Tom Barber. ‚ÄúHe‚Äôs kind of a marketing genius.‚Äù

Both Barber and Bello are Plainville High School Class of ‚Äò64 alumni. Bello will be inducted into the Plainville Sports Hall of Fame in October.

‚ÄúHe always remembers where he came from and gives back to Plainville,‚Äù Barber added.

The Plainville Historic Center is open from 1 to 3 p.m. every Saturday.