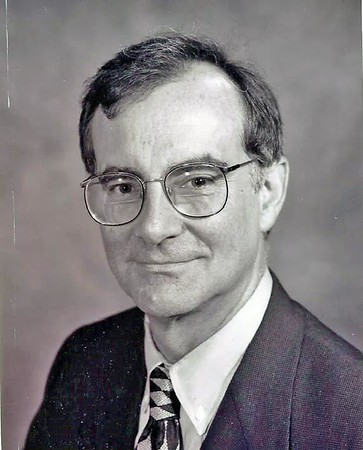 The program will be held at 7 p.m. at the Plainville Historic Center at 29 Pierce St., with doors opening at 6:30 p.m. Horton, who has practiced law in Hartford since 1970 and is now affiliated with Horton Dowd Barschi & Levesque PC, will discuss the difference between Connecticut state‚Äôs rights and federal rights. He will discuss historic cases as well as some contemporary issues and how Connecticut‚Äôs legal landscape has evolved over the years.

‚ÄúConnecticut has Constitutional rights that are in many cases more important to you, both for the left and the right, and you probably don‚Äôt know about them,‚Äù said Horton. ‚ÄúWhen I hear people screaming and yelling about their constitutional rights, I usually ask them which constitution they mean. This usually stops them since they either think I‚Äôm crazy or don‚Äôt understand. In many cases, and depending on the issue, state‚Äôs rights may be broader than federal rights.‚Äù

Horton said that he is looking forward to speaking at the historic center.

‚ÄúNormally when people call me and ask me to speak, it concerns a particular case,‚Äù he said. ‚ÄúI like that the Plainville Historical Society has left it up to me what I speak about.‚Äù

‚ÄúIt is a fascinating and important topic but not necessarily one with which many are familiar,‚Äù said Morante. ‚ÄúSeptember 3rd will be opportunity to learn much more.‚Äù

Some contemporary issues Horton will discuss in relation to the Connecticut State Constitution include criminal defense and the right to bear arms. He will also discuss how the U.S. is rather unique in having 50 sovereign states with their own constitutions.

‚ÄúIn most of the rest of the world, the federal law is the law,‚Äù he said. ‚ÄúIf the president of France wants someone released from jail, it‚Äôs done. Meanwhile, in the U.S., Obamacare was almost declared unconstitutional.‚Äù

Horton said that it is also unique to most of New England that judges are not elected.

‚ÄúAs a result, judges are more independent and scholarly,‚Äù said Horton. ‚ÄúYou can bring up politically toxic cases here where they wouldn‚Äôt have a snowball‚Äôs chance in Hell in other states. Connecticut was one of the first courts to legalize gay marriage after Massachusetts. In Iowa, which has elected judges, they legalized gay marriage a year after Connecticut and then those justices were all thrown out.‚Äù

Morante said Horton is known for handling appeals before the Connecticut appellate courts including the state‚Äôs Supreme Court. These have included appeals involving major state constitutional issues, the most well-known of which is ‚ÄúSheff v. O‚ÄôNeill,‚Äù which concerned the de facto segregation of students.

‚ÄúThe fact that we don‚Äôt have elected judges is why Sheff v. O‚ÄôNeill happened here and not other places,‚Äù said Horton.

‚ÄúIn the 1970s, women were trying to get the equal rights amendment passed,‚Äù he said. ‚ÄúThey weren‚Äôt successful at the federal level, but they did get it passed in Connecticut. But, nobody pays attention to it. Whenever someone raises a discrimination case, they do it as a federal constitutional rights case and they are surprised when they lose. They don‚Äôt realize that they are taking it to the wrong court.‚Äù

The program is open to the public and is free of charge. Refreshments will be served. Elevator access to the upstairs meeting room is available.

For more information, call the society at 860-747-6577, email plvhistorical@gmail.com or visit plainvillehistoricalsociety.com. People can also like the Plainville Historical Society on Facebook.