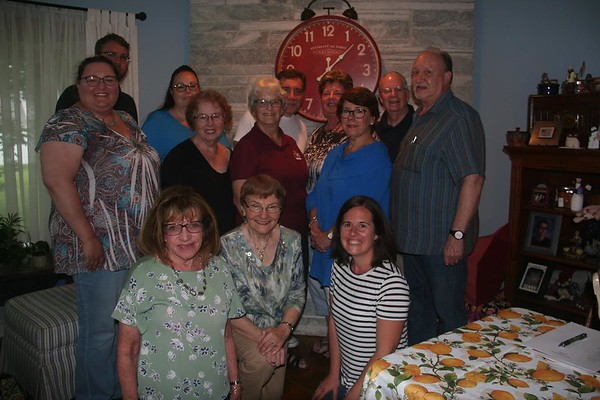 PLAINVILLE – What started almost 50 years ago as an outgrowth of a church choir is continuing as the Plainville Choral Society, whose members encompass more than nine different communities, in addition to Plainville.

The Plainville Choral Society is a self-supporting organization which has fostered the PCS Youth Theater and the PCS Players, in addition to awarding well over $20,000 in musical scholarships.

This December, the Plainville Choral Society will kick off what will be a year-long celebration, commemorating their 50-year milestone. Over these 50 years there have been many who have played a part in contributing to the longevity of PCS and it is anticipated that many of those will individuals will continue to contribute to the festivities, some returning to perform to celebrate this group’s success.

The Christmas concert will include familiar songs, some with different arrangements, to put the audience in the Christmas spirit. Performances will be held at the Gloria Dei Lutheran Church, located on Camp Street in Bristol, on Dec. 13 and 14.

In February of 2020, the talents of past and present members will be displayed as they perform songs and dance numbers. Previous members of the youth theater, who will be future members of this group, will also showcase their talents.

The 50th Anniversary Celebration in May will be a variety of songs from the 50’s, 60’s and 70’s. Many current and prior Board members have been involved in the planning of these events and are excited to bringing these performances to audiences.

“PCS has developed into much more than a group of individuals,” said Mal Cummings, one of the founding members of the Plainville Choral Society. “Lifelong friendships were formed and members have shared in one another’s joys and sorrows, lending a helping hand when needed, and singing became the unbreakable thread that connected everyone together.”

Cummings added that the dream of Rod Pelkey, a former Plainville High School music teacher, took root and flourished under his guidance for the first couple of years until he retired. That was followed by two turbulent years, but through the efforts of three dedicated members, the group was held together until they were able to secure the talented duo of Peter Peluso, Director and his wife Maryjane Peluso, Accompanist, who remained with the group for more than forty years before retiring.

The group is currently under the Musical Direction of Greg Wilfrid, a music teacher at Toffolon Elementary School. Greg states that he is looking forward to this “birthday celebration” with all of the activities planned and excited to bring some new and/or different arrangements to some familiar tunes.

If anyone would like to be part of the Plainville Choral Society, rehearsals are held on Monday evenings at the Gloria Dei Lutheran Church, Camp Street in Bristol at 7 p.m. No auditions are necessary.

For additional information on the events planned for this year, visit pcsmusic.net, or contact Debi Wishart-Parker at 860-573-8526