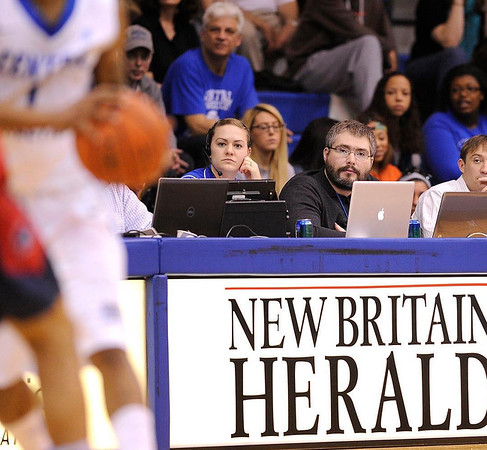 Matt Straub, seated in the center Buy this photo
Published on Tuesday, 6 July 2021 10:17
Written by

This is the last in a multi-part series highlighting the newest inductees into the Plainville Sports Hall of Fame. The induction ceremonies will be held Saturday, November 20 at Hawk’s Landing in Southington.

Straub graduated from Plainville High School in 1996. Everyone who knows him would say he has so much passion for Plainville and truly bleeds blue. His work with the Plainville athletic program began in 1991 as a seventh-grader. He worked closely with football statistician Tom Arcari compiling defensive statistics for the Plainville varsity team. Straub continued his involvement during the springtime and was the scorebook keeper for the middle school baseball team, then eventually becoming the high school varsity keeper throughout his four years at Plainville High School.

While in high school, Straub would uncover advanced stats and information that helped the baseball coaching staff during two of their state titles runs. Straub worked closely with Coach Freimuth, volunteering his time throughout the spring and continued working with Coach Zalaski and the football program in the fall, helping to track vital statistics. Both coaches made him an integral part of their programs and this involvement only fueled his passion for the programs he loved.

Upon his graduation, Straub attended Northeastern University in Boston studying journalism. He worked for the school newspaper during his four years, covering Northeastern’s men’s and woman’s soccer, woman’s swimming and men’s ice hockey. After graduation in 2001, Straub found himself back at the New Britain Herald with his first official job. He was the beat writer for the Plainville football program, the CCSU Blue Devils and the New Britain Rock Cats.