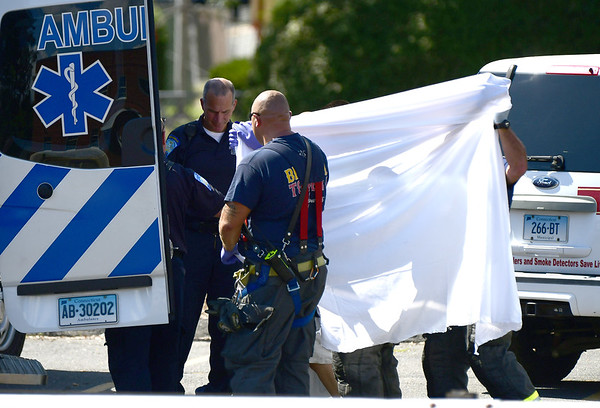 SOUTHINGTON - A Southington motel was searched overnight in connection with at least five locations around the state that have received a package in the mail containing a suspicious white powder.

FBI officials searched the Motel 6 on Queen Street in the overnight hours, Tom Carson, spokesman for the US Department of Justice, confirmed Thursday morning. He did not release further details.

Since Wednesday, at least five instances of white powder being mailed to various locations had been confirmed. These included the First Bristol Federal Credit Union, at 25 North St., the Bristol Police Department detective division, at 131 N. Main St., and at least two buildings in Hartford, including the state Department of Education, at 450 Columbus Blvd., and the federal courthouse, at 450 Main St.

There have been reports that two other buildings in Hartford received packages containing white powder, but those instances have not been confirmed by officials.

Gary Joseph Gravelle, 51, was taken into custody Wednesday in New Britain, and federal authorities say they believe he may be behind the white powder scares. Investigators believe he may have sent as many as 50 such pieces of mail to locations around the state.

Gravelle has been detained since being taken into custody for allegedly violating his conditions of supervised release. He was convicted in July 2013 of sending numerous pieces of threatening mail and sentenced to 70 months in prison, followed by three years of supervised release. Federal authorities said he failed to notify his probation officer that he changed addresses and failed to comply with mental health treatment requirements.