Homemade soap makes for a sweet smelling workshop in Southington 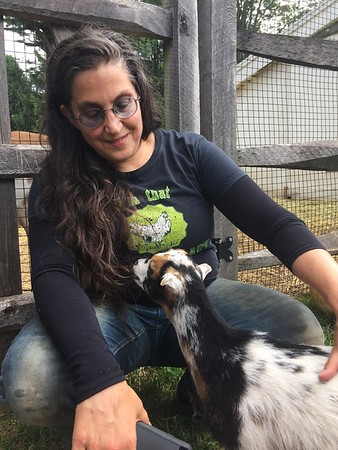 Michelle Jalbert | Staff Marilyn Modzelewski adds glitter to her soap at a workshop at Bradley Mountain Farm in Southington Saturday. Buy this photo

Michelle Jalbert | Staff Cortlyn Clark, left, and her mother, Heather, pose with the soap they made at a workshop at Bradley Mountain Farm in Southington Saturday. Buy this photo 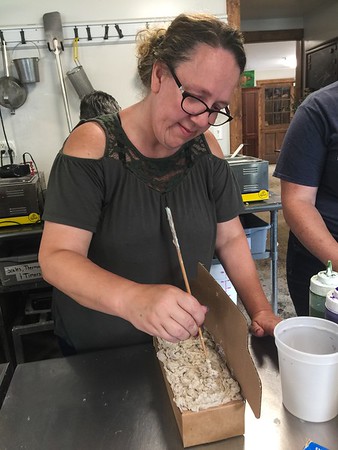 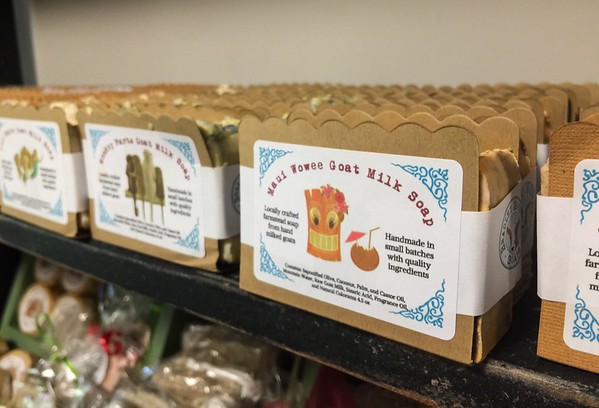 Michelle Jalbert | Staff Soap made at a workshop at Bradley Mountain Farm in Southington Saturday. Buy this photo 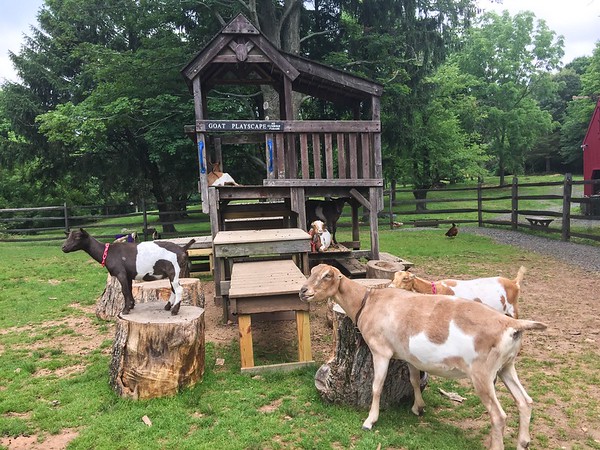 Michelle Jalbert | Staff Goats play at Bradley Mountain Farm in Southington. Goat milk is an ingredient in the soaps produced by the farm and by its soapmaking students. Buy this photo

SOUTHINGTON - Store-bought soap will never be the same for the women who took Saturdayâ€™s soap-making class at Bradley Mountain Farm.

After each made their own soap from all-natural ingredients, goat milk and unique fragrances, they may never go back to the boring bars that line the grocery store shelves.

Marilyn Modzelewski and her twin took a class for their birthday and returned for a second time on Saturday to celebrate Modzelewskiâ€™s nieceâ€™s birthday.

â€śThe soap is really nice, really lathery, and it smells good,â€ť Modzelewski said. â€śI just like the way it feels.â€ť

Heather Clark was also there for her birthday. The workshop was a present from her daughter, Cortlyn. The two drove an hour from Massachusetts to take part in the class.

Perry taught them hot-process soap making. She first heated the oils, such as olive, caster, coconut and palm, in steam tables. Then she added in the goat milk from the farm.

Goat milk is great for soap because of the high fat content, Perry explained. The fat makes skin silky smooth and can help with eczema and psoriasis.

She next added the lye, which makes the soap lather. She cautioned that lye is a dangerous chemical that can burn skin before it is treated.

â€śTreat the lye with respect. The lye is the boss,â€ť said Perry.

While the soap cooked for an hour, the soap-makers chose which fragrances they wanted in their batch.

With 100 to choose from, the decision was difficult. There were the usual scents, like cucumber and melon, blueberry, apple and cherry blossom. There were also some more outlandish ones, like freshly cut grass, brewed coffee and Bay Rum.

â€śThose two together smell like an apple dumpling,â€ť she said.

With soap making, it is also very common to add in oatmeal, flowers or lavender seeds.

â€śOatmeal is very good for your skin,â€ť Perry said, adding that the oatmeal honey is her favorite.

After adding the fragrances, each woman picked out colors for their soap. Some even elected to sprinkle glitter on the top.

Every person left with four pounds of soap, each batch unique.

Perry said that the soap-making classes are popular.

â€śNine times out of ten the classes are full,â€ť she said. Saturday was booked full.

The store has 30 to 35 different kinds of pre-made soap for those who canâ€™t make it to a class. They have seasonal specials, like apple harvest, some â€śmanlyâ€ť soap, like â€śThe Perfect Man Soap,â€ť and some geared to kids, like â€śMonkey Farts,â€ť a blend of coconut and banana.

Perry splashed into the soap-making business eight years ago with farm owner Anneliese Dadras. They started making soap in Dadrasâ€™ basement and traveled to farmers markets and craft fairs.

â€śIt was a lot of soap coming out of that little basement,â€ť Perry said.

â€śLittle by little we added on. We did a class here and there and then it just expanded,â€ť she said.

The classes are held at the farm, which Dadras bought four years ago and renovated. The farm also has Open Farm Days on Sundays from 10 a.m. to 3 p.m. where people can drop in to make their own soap and also meet some of the 28 goats on the property.