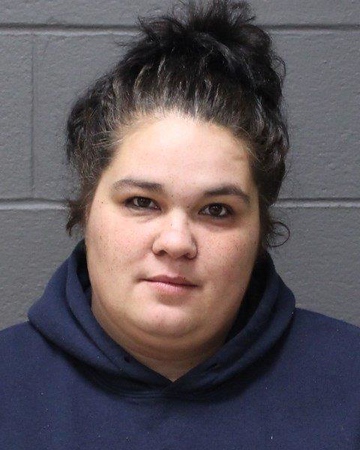 SOUTHINGTON - A Plainville woman charged with stealing more than $2,000 from the Southington senior center has been given a chance to avoid prosecution.

Melissa King, 37, allegedly stole cash and gift cards from the Calendar House, located at 388 Pleasant St., while working on the cleaning crew that serviced the building after hours, according to the arrest warrant.

She was granted Accelerated Rehabilitation, a first-time offender program, during a hearing Wednesday in Bristol Superior Court. The program, a pretrial form of probation, will last two years and require King to avoid further arrests and pay $1,000 in restitution.

Court officials during the hearing said there was some dispute as to how much money and gift cards were stolen, but a town representative elected to settle for $1,000 of restitution. If King is successful in the program, one count of third-degree larceny against her will be dropped on Aug. 10, 2021.

State prosecutor Jacob Pezzulo objected to her using of the program, calling the allegations a “real breach of trust.”

According to the warrant, employees from the Calendar House - a facility for residents 55 and over - reported on Nov. 20 that cash and gift cards had gone missing, including $845 for the Christmas party fund, $245 for the Christmas tree fund, $240 for the golf fund, $45 of petty cash, $5 from an employee’s desk drawer and $900 worth of $25 gift cards for Stop and Shop and Walgreens. In total, about $2,280 was reported missing.

Police confronted the two members of the Calendar House’s cleaning crew the day after the theft was reported. While being interviewed, King admitted to taking about $200, but denied taking any more money or any gift cards, saying she doesn’t shop at Stop and Shop or Walgreens.

The other member of the cleaning is not believed to have had any involvement.

According to the warrant, police said they believe King’s admission to taking $200 was “indicative of someone minimizing their actions.” Further, the warrant said, she “had direct access to the office drawers with nobody to witness her search of the desk drawers.”

The employer of the cleaning crew told police during the investigation he intended to fire King.