Halloween in the Village to bring frights, delights to Plantsville 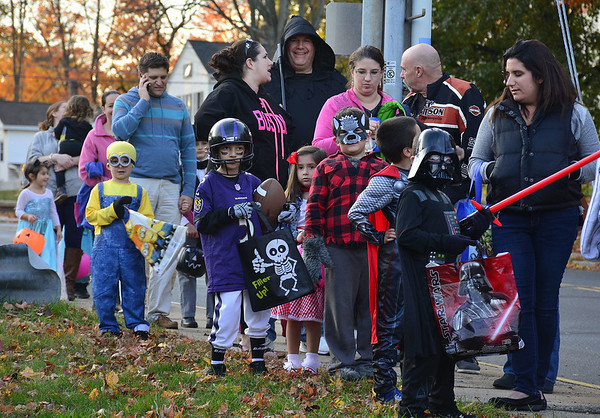 SOUTHINGTON - Spooky music will fill the air as costumed children roam the streets collecting treats during the Village of Plantsville Association’s annual Halloween in the Village set for Oct. 24.

The community event, geared toward elementary school children, will see Halloween decorations put up from Plantsville Pharmacy to Church Street. It runs from 5 p.m. to 8 p.m. Community organizations will have tables lining the streets giving out candy. Other businesses in the area, such as Wells Fargo, may also be giving out candy. The day will also feature numerous activities and a costume contest. Children 12 and under must be accompanied by an adult.

“Each year we see a good turnout from the police department and other community organizations,” said Joanne Alfieri, one of the event organizers. “They’re a friendly group and make all the kids happy.”

Alfieri said the event has been held for about 30 years. Dolores Fanelli, another organizer, said that between children and their parents it attracts roughly 3,000 people each year.

“Lately we’ve been starting to see the adults dress up too,” said Alfieri.

Visitors can look forward to a Halloween party at the fire house, Halloween music with DJ Jerry Limmer, a martial arts demonstration by Valentin Karate and Dance City & the Arts dancing to ‘Thriller’ at 6 p.m. There will also be a stilt walker, juggler and magician moving through the crowd and performing as well as making balloon animals.

“Every kid ends up walking around with a balloon hat or sword,” said Fanelli.

Faith Living Church will have a Family Festival with games, snacks, entertainment and a bonfire. Those who stop in to Zingarella can take pictures with Disney princesses and enter a costume contest. Registration for the contest will be held from 5 to 6:30 p.m. by the side picnic tables. First, second and third place winners in the categories of best overall, most original and most frightening will receive prizes including gift cards and a pizza party.

Alfieri encouraged people to come down and enjoy the free family event.

“Come down for some good Halloween fun,” she said.

For more information, call 860-681-9548 or visit the Village of Plantsville Association’s Facebook page.