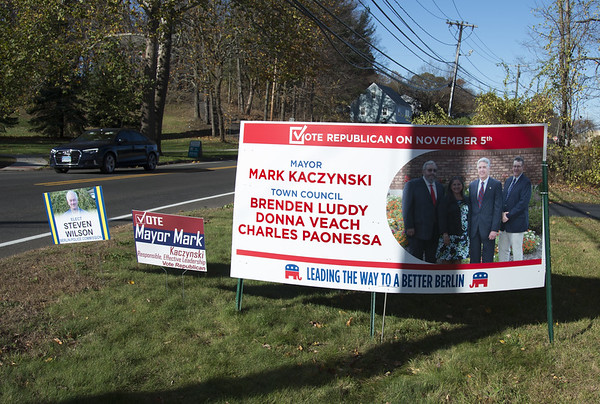 Published on Tuesday, 5 November 2019 17:28
Written by The Herald Staff and AP reports

HARTFORD - Polls have been open since early this morning across Central Connecticut and voters have been casting ballots in several local municipal government elections.

Secretary of the State Denise Merrill said voter turnout across Connecticut is “slow but steady,” according to the Associated Press. In New Britain, early reports indicated that some polling locations were busier than others.

New Britain Mayor Erin Stewart told The Herald that 17% of registered voters had cast a ballot in the city as of 4:30 p.m.

Poll workers are expecting an uptick in traffic by 5:30 p.m. as people leave work to cast their votes on the way home.

Voter turnout in Newington reached 28.19% at 5 p.m., registrars of voters told The Herald.

By early afternoon Tuesday, the Democrat had not heard of any problems at the polls. Officials ranging from mayors to zoning board members are being chosen in most cities and towns.

Check back for updates throughout the day and evening.