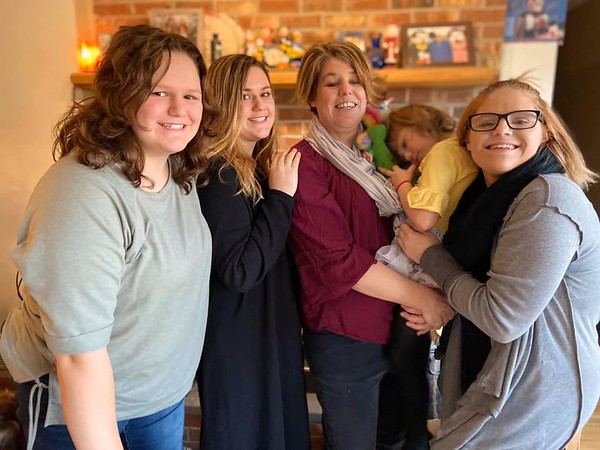 Photo courtesy of The Groggy Frogg The Kostenko family of Southington is temporarily homeless after Sunday nightâ€™s fire. Buy this photo Wesley Bunnell Staff 960 East Johnson Ave. in Southington where an overnight fire occurred into the early hours of Monday morning. A view of the front of the home. Buy this photo

SOUTHINGTON -Following a fire which destroyed a local familyâ€™s home Feb. 9, the community has stepped up to assist them through donations of money, clothing and other necessary items.

Firefighters were dispatched at around 10 p.m. to the home of the Kostenko family at 960 East Johnson Ave. There, they found the two-story home engulfed in flames, which they battled until 2:40 a.m. Feb. 10.

The family was able to evacuate and no injuries were reported. Now displaced, they are staying with relatives until they can find a permanent home.

On Tuesday, Janet Mellon, community services director, said that she has received nine bags of donations since Monday.

â€śSouthington is the most incredible, generous community in Connecticut,â€ť said Mellon. â€śIf we ever need anything, all we have to do is put out a few calls or posts.â€ť

Mellon added that donations can also be made at Liberty Bank at 60 N. Main St. under the donation account for the Kostenko Family.

A Facebook donation page has also been set up by a friend of the family.

Kaeley Kostenko, one of the daughters of the displaced family, thanked those who supported the fundraiser.

The following was written on the Facebook fundraiser page in response to the community support:

â€śI wanted to thank everyone who donated not just money, but clothes and shoes and other items to the family as well,â€ť the post said. â€śIt is appreciated so much by the family and everything donated will be used to the fullest extent. (â€¦) Again every share and donation is greatly appreciated. Thank you for your time and everything that everyone has done to get the family to where they are.â€ť

Additionally, local pub The Groggy Frogg announced via Facebook on Monday that they will be holding a fundraiser for the Kostenko family this Saturday.

â€śWe will be donating $1 for every drink sold this Saturday to our Southington neighbor in need,â€ť the post read. â€śThere will also be a donation jar behind the bar for this single parent family of five who lost everything they owned.â€ť

Nancy Brummett, who is organizing the Groggy Frogg fundraiser, said she has also been helping to share the Facebook fundraiser. She said that Southington is a great community and that she wanted to do what she could to help.

â€śAfter seeing that she was a single mom with four kids and that they have to start over we decided to help out,â€ť she said. â€śThey lost their home and everything they had.â€ť