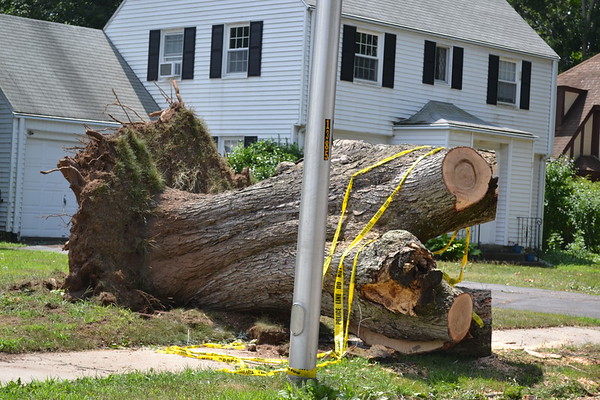 Eversource met its goal Tuesday night aimed at substantially completing restorations for the massive amounts of power outages across the state that were left by Tropical Storm Isaias.

The goal that was set forth -- and met hours before the deadline -- called for the power company to have electricity back to all but fewer than 1% of the customers it serves by 11:59 p.m.

As of about 3 p.m. Wednesday, only 610 across Connecticut still had no power, which translates to about 0.05% of those serviced by Eversource. At its peak, there were 632,000 Eversource customers without power after Isaias hit last Tuesday.

Bristol at one point after the storm had more than 14,000 - about half the city - without power, and New Britain had more than 7,000 in the dark, or about 20% of the city. Towns like Plainville and Southington had about half of the town without power immediately following the storm, while Plymouth at one point had about 80% of the town in the dark.

New Britain was fully restored on Wednesday, and towns of Berlin, Newington, Plainville and Southington also had no outages, according to Eversource.

“Our employees and out-of-state crews are doing a tremendous job repairing damage and restoring power after this destructive storm,” Eversource President of Regional Electric Operations Craig Hallstrom said in a statement issued Wednesday. “Thanks to the focus and commitment of the thousands of crews in the field and support personnel working hard behind the scenes, we were able to achieve our goal of restoring power to the vast majority of customers by last night. We know how tough it is for customers to be without power and we greatly appreciate their patience.”