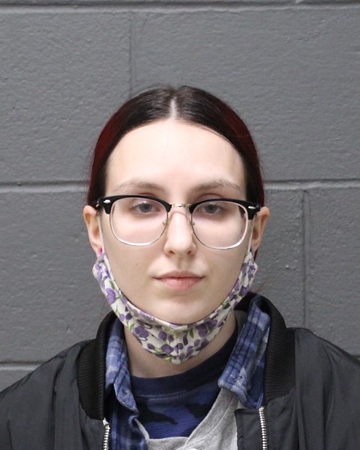 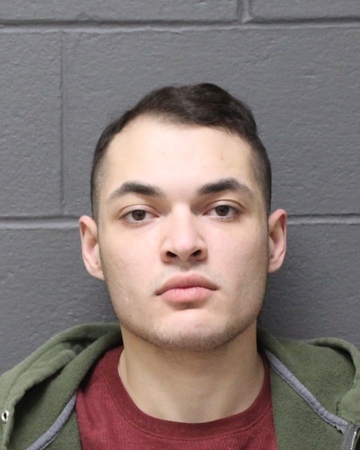 SOUTHINGTON -- Two people have been accused of vandalizing a mural in Southington that pays tribute to the victims of the Sandy Hook school shooting.

Lorenzo Cavallo, 20, of Plainville, and Gina Lombardi, 21, of Bristol, allegedly used spray paint on Nov. 28 to cover the mural and some of the butterflies that represent the 26 victims of the shooting in Newtown in 2012, according to police.

The mural is on the property of 245 Summer St., where the owner donated the back of a detached garage in remembrance of the victims. Police on Thursday noted that, although there have been incidents in the past, this was the first incident in which vandals defaced the memorial mural.

Lombardi told The Bristol Press on Thursday that she had no idea the mural was meant to remember the victims of the tragic shooting in 2012.

“It was a mistake, and we had no idea what we were doing,” Lombardi continued, adding that she in no way meant to disrespect the victims of the Newtown shooting.

According to the police report, phrases like “Who do the police help but themselves,” “not safe,” “repaint this” and “[expletive] the police” were painted on the mural.

Investigators were able to identify Cavallo and Lombardi as two suspects in the vandalism. According to police, Lombardi during an interview with officers was apologetic, saying she did not know the significance of the mural, and was very cooperative once she was informed of what the memorial signified.

Police said she was frustrated with law enforcement because of a situation in Plainville and admitted to feeling helpless and having a “bad knee jerk reaction.”

According to the report, Plainville police investigated an incident in which Cavallo alleged his father had assaulted him, but officers found that Cavallo had actually been assaulting his mother when the father used force to stop him. The father told Southington police that the only two people he has any kind of an issue with are his son and Lombardi, Cavallo’s girlfriend.

Additionally, the report said, Lombardi had filed a complaint with Plainville police alleging a male -- whose identity has been redacted from the report -- had violated a restraining order, though no arrest was made. She told Southington police that she felt Plainville officers were “on his side,” according to the Southington report.

Lombardi on Thursday declined to elaborate on her frustrations with law enforcement.

During her interview with police, Lombardi admitted to partially vandalizing the mural and said Cavallo also participated in the graffiti, according to police.

The property owner told police the cost to restore the memorial was estimated to be $2,500, which did not include the graffiti on the other side of the building.

Police noted in the report that Lombardi offered to clean off the graffiti from the mural, but the property owner told officers the things that were written were only smudged and did not come off entirely.

According to judicial records, Lombardi was released following the hearing on a promise to appear. She has not entered a plea and is due back in court on March 4.

Cavallo, judicial records indicate, is also free on a promise to appear and is scheduled to be back before a judge on March 23. He has not entered a plea.