Courtesy photo | World War II veterans during the 2001 reunion of the 712th Tank Battalion in Orlando, Florida. Southington native Emil Brayfield is seated in in the front row, middle. Buy this photo

Courtesy photo | Members of the 712th Tank Battalion pose for a group photo in France during World War II. Buy this photo 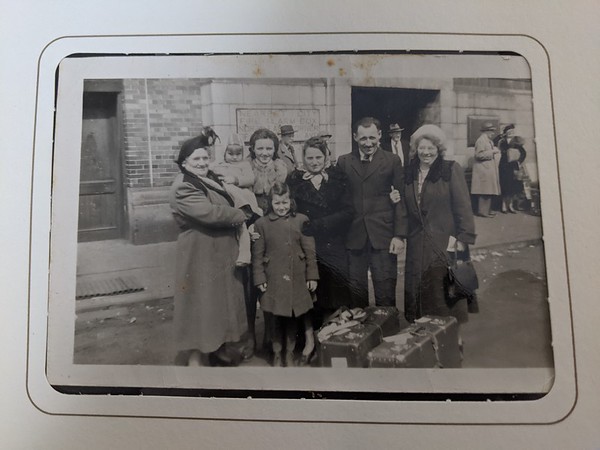 Courtesy image | The late Erika Brayfield with her sisters and parents upon arriving to the U.S. from Germany after World War II. Buy this photo 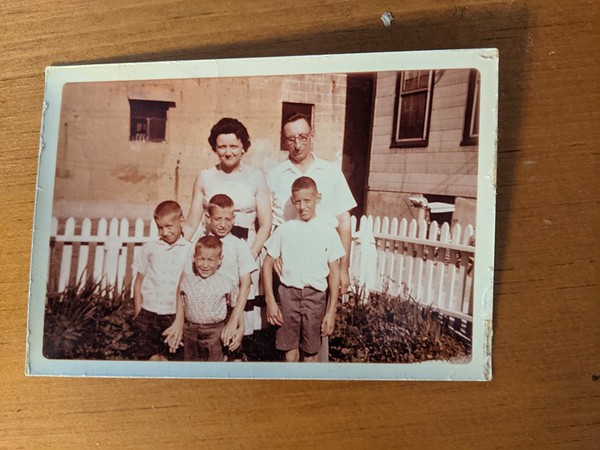 Courtesy photo | The late Emil and Erika Brayfield with their four sons. Buy this photo

When a loved one passes away, their stories - their personal memories - don‚Äôt have to die with them.

Just ask author and World War II oral historian Aaron Elson, who has spent the last 33 years preserving tales of the war as told by veterans and their wives. The 71-year-old New Britain resident is now coming to terms with the fact very few WWII-era veterans remain and his next vocation is to share the stories chronicled in his seven books with living ancestors of the men and women they came from.

Kelly Boscarino and her two young children, ages 5 and 7, are among the latest to accept Elson‚Äôs gift, which arrived to their Southington home right after Christmas. It was a package of CDs featuring audio recordings of his sit-downs with Boscarino‚Äôs late grandparents, Emil and Erika Brayfield.

Elson interviewed the couple during the 1993 reunion of his late father‚Äôs 712th Tank Battalion in Orlando, Florida.

‚ÄúI always felt badly because her grandfather had passed away by the time I moved up here and I knew the family was from Southington, but I never looked them up,‚Äù he said. ‚ÄúThe granddaughter ordered one of my books in April but it was with her married name so I didn‚Äôt make the connection.‚Äù

Boscarino was so touched reading her grandparents‚Äô stories she reached out to Elson to personally thank him.

‚ÄúI want to thank you from the bottom of my heart for knowing their stories needed to be collected and preserved,‚Äù she told him in an email. ‚ÄúMy Grandpa didn‚Äôt start sharing his stories until he was in his 70‚Äôs and even though I listened so closely and felt like I would remember every detail, I have lost so many pieces of his story. I never expected to find out anything more.‚Äù

The two have since made a connection and are swapping tales from Emil and Erika, who passed away in 2008 and 2013, respectively.

‚ÄúIt‚Äôs such a priceless opportunity Aaron was able to give to our family,‚Äù Boscarino told the Herald and Press. ‚ÄúI‚Äôm just so thankful he did it. My whole family reconnected through Aaron‚Äôs stories.‚Äù

She shared the tapes and book with her father and his siblings, who were equally touched.

‚ÄúYou just want one more detail; one more memory,‚Äù Boscarino said. ‚ÄúIt gives you such a sense of pride to listen and to know them‚Ä¶to know you had somebody that brave in your life. Their courage seeps into you.‚Äù

She recalled attending one of the battalion‚Äôs reunions as a young teen and forever being changed by the experience.

‚ÄúThere was this energy there. They were so bonded. It changed my life forever.‚Äù

That feeling returned when she listened to the audio of her grandmother speaking with Elson at another reunion.

‚ÄúIt was like being with my grandparents, back at the reunion,‚Äù Boscarino said.

Erika grew up along the border of Germany and Poland during the war. Her family hid refugees in their home, survived bombings and raids and finally emigrated to the U.S. in 1950, where she met Emil.

‚ÄúThere were many scary points, or scary nights we had,‚Äù Erika says at one point in her interview with Elson. ‚ÄúAnd there were many times I would be sound asleep, all of a sudden three or four soldiers would come in the house and check, look under the bed, look in the closet, ask questions‚Ä¶But it didn‚Äôt really start getting bad until ‚Äô43, that‚Äôs when things got really bad. And as the war progressed, it got worse and worse, because the bombing increased, the espionage increased, the partisans were worse.‚Äù

Elson‚Äôs original reason for pursuing WWII history was to learn more about his own father, who shared very little when he was alive. He started recording his comrades and later on, their wives and even children.

‚ÄúI went to my first reunion in 1987,‚Äù he remembered. ‚ÄúIn 1992 I was getting quite a reputation with my audio recorder at the reunions. One lady grabbed my arm and said, when are you going to start interviewing the women? And I said how about now? And I‚Äôm so glad I did. Hers (Erika‚Äôs) is one story but think of all the themes that are in it that make it universal. That‚Äôs the one thing that has always attracted me to what I do. The stories I record are like a microcosm of the period.‚Äù

Elson had a shorter interview with Emil, who wasn‚Äôt as much of a talker as Erika. It‚Äôs featured in his book ‚ÄúTanks for the Memories‚Äù and includes an anecdote from his interactions with the famed General Patton.

‚ÄúI had a load of ammunition. I was told to go up four miles and stop. The 105s were up there. So I drove up there and got to the woods, and I saw General Patton coming toward me. He came up to me and he said, ‚ÄúHello, Soldier.‚Äù I said, ‚ÄúHello.‚Äù He said, ‚ÄúWhere‚Äôs my goddamn officers?‚Äù I said, ‚ÄúThat‚Äôs what I‚Äôm waiting for.‚Äù He said, ‚ÄúI get the message.‚Äù He walked by, and I said, ‚ÄúSir, there‚Äôs Germans right up there.‚Äù He left and came back, and he said, ‚ÄúYou‚Äôre going to have people here right away.‚Äù And there were people there, and that‚Äôs all it was.‚Äù

The future remains to be seen, but Elson hopes to connect with more members of the younger generation who are captivated by tales from what is known as the greatest generation.

‚ÄúI see a lot of grandchildren and great grandchildren who take an interest and they‚Äôre the people that are going to have to keep these stories alive,‚Äù he said.

Boscarino cherishes her grandparents‚Äô stories as inspiration for the life she hopes to live and the sense of character she‚Äôs instilled in her children.

‚ÄúIf they said they were going to do something they just did it; they had such common sense,‚Äù she said. ‚ÄúThe will of that generation and the things they survived ‚Äì it makes you think there is so much possibility. I want my kids to be appreciative of the sacrifices made so we could have this life.‚Äù