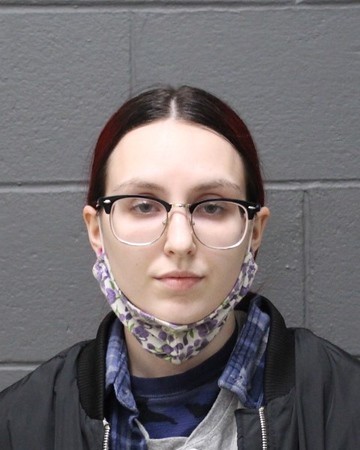 SOUTHINGTON -- Two people charged with vandalizing a mural in Southington that pays tribute to the victims of the Sandy Hook school shooting could avoid being prosecuted.

Lorenzo Cavallo, 20, of Plainville, and Gina Lombardi, 21, of Bristol, appeared this week in New Britain Superior Court, after which their cases were statutorily sealed, according to judicial records.

Court officials are not permitted to release information about cases that have been ordered sealed by a judge. However, one of the most common reasons a case is sealed is when a defendant applies for or is granted a diversionary program, including Accelerated Rehabilitation (AR) -- a first-time offender program.

Defendants in AR are required to avoid further arrests and comply with any other conditions a judge deems necessary during a period of probation that can last up to two years. Compliance earns them a dismissal on the charges they are facing.

Cavallo and Lombardi, who are both free from custody, are due back in court on Nov. 2. The two allegedly used spray paint last November to cover a mural in Southington and some of the butterflies that represent the 26 victims of the shooting in Newtown in 2012, according to police.

The mural is on the property of 245 Summer St., where the owner donated the back of a detached garage in remembrance of the victims. Police have noted that, although there have been incidents in the past, this was the first incident in which vandals defaced the memorial mural.

Lombardi told The Bristol Press in January, when she and Cavallo were charged, that she had no idea the mural was meant to remember the victims of the tragic shooting in 2012.

“It was a mistake, and we had no idea what we were doing,” Lombardi continued, adding that she in no way meant to disrespect the victims of the Newtown shooting.

According to the police report, phrases like “Who do the police help but themselves,” “not safe,” “repaint this” and “[expletive] the police” were painted on the mural.

Investigators were able to identify Cavallo and Lombardi as two suspects in the vandalism. They face charges of first-degree criminal mischief and conspiracy to commit first-degree criminal mischief. According to police, Lombardi during an interview with officers was apologetic, saying she did not know the significance of the mural, and was very cooperative once she was informed of what the memorial signified.

Police said she was frustrated with law enforcement because of a situation in Plainville and admitted to feeling helpless and having a “bad knee jerk reaction.”