Waterbury man charged in shooting that led to authorities to look for armed, dangerous suspect near Rogers Orchard in Southington 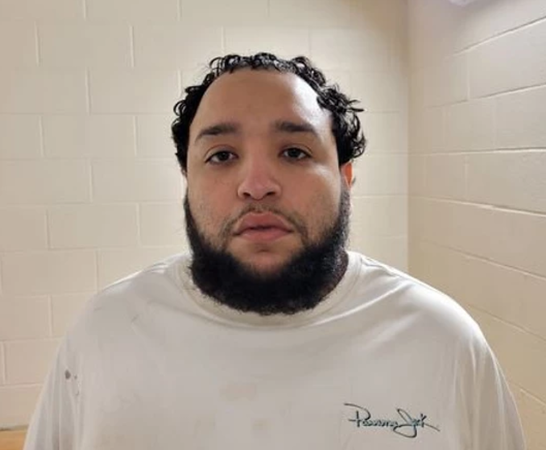 Police have charged a Waterbury man in a shooting last June that prompted authorities to warn Southington residents to stay in their homes while they searched for who was believed to be an armed and dangerous suspect near Rogers Orchards.

According to the arrest warrant, Texidor and the victim, who were known to each other, were at the Back Nine Tavern in Southington on June 24, 2021, before Texidor agreed to give him a ride to Waterbury. The victim said another person was in the car, but he did not know who he was and he wasn’t sure which one of them was driving.

State police wrote in the warrant that the victim, who acknowledged that he was intoxicated, wasn’t sure how long the men were in the car before, at some point while driving, one of them started striking him in the face with a gun. The victim said he started to fight back when, at one point, he saw a muzzle flash. He wasn’t aware at this point that he had been shot.

The victim also said the car stopped shortly after the gun went off and he wasn’t aware that the vehicle had been involved in a crash. State police later responded to Interstate 84, in the area of Exit 25 and 26, around 2:13 a.m. on June 25, 2021, finding that the vehicle had crashed into a concrete barrier.

The complainant said he crawled out of the vehicle shortly after it stopped and then realized that he had been shot. Texidor and the other man, the victim said, ran over to him and at least one of them started kicking him, according to the warrant. Police also wrote in the warrant that one of the assailants asked the other where the gun was. It was later found on top of the vehicle’s trunk.

DNA from the gun and inside the car matched that of Texidor, state police wrote in the warrant.

The victim was found bleeding from the abdomen in the vehicle, though he said he did not remember climbing back in the car. He said he believed the suspects took $100 from him during the incident.

Aside from Texidor and the other man taking off, the complainant said, the next thing he remembered was waking up in the Intensive Care Unit. He was taken to St. Mary’s Hospital in Waterbury.

State police who responded to the scene used a K9 to track the suspects. The dog led them to a wooded area near Rogers Orchards in Southington – where nearby residents in the morning hours were warned of an armed and dangerous suspect and were instructed to stay in their homes while authorities searched the area. No one was located that day.

According to the warrant, the victim was able to identify Texidor as one of the assailants, saying he was about 80% sure he was one of the suspects. It was not clear Friday if state police have charged the other man allegedly involved.

Texidor was held on $250,000 bond following his arrest. His bail went unchanged during his arraignment on Thursday in Waterbury Superior Court, where the case was continued until July 27.

Texidor has not entered a plea to the charges.